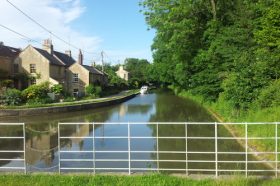 A new report by the UK’s House of Lords Select Committee for the Rural Economy, has called on the government to rethink its strategy for the provision of rural broadband across the UK. One of the main criticisms in the report entitled Time for a Strategy for the Rural Economy, is that the Universal Service Obligation (USO), which is the minimum speed infrastructure operators must provide, is set too low at 10Mbps. One witness to the Committee said that while the USO might meet the minimum standards for a small family, it fell far below the standards required by businesses, particularly in regard to the 1Mbps guaranteed upload. The report implies that rural areas of the UK have a high proportion of SMB’s who would require at least 100Mbps for their businesses to thrive.

Another point of concern is the £3,400 USO threshold – beyond which home owners or business must bear the additional connection costs. The problem with the USO threshold is that has been structured so that groups of neighbouring properties can share the additional connection costs, meaning the cost of connecting isolated communities and businesses would be a significant burden on their residents and owners.

Don Foster, Committee chair, Liberal Democrat peer and former MP for the West Country city of Bath said, “Rural communities and the economies in them have been ignored and underrated for too long. We must act now to reverse this trend, but we can no longer allow the clear inequalities between the urban and rural to continue unchecked. A rural strategy would address challenges and realise potential in struggling and under-performing areas, and allow vibrant and thriving areas to develop further. Doing nothing is not an option.”

The report’s findings were welcomed by a number of independent fibre infrastructure providers across the UK for highlighting the divide between urban and rural broadband provision, who are concerned that the current government strategy is not fit for purpose.

Evan Wienburg, CEO of South West England rural broadband infrastructure provider TrueSpeed commented, “This new report on the Rural Economy from the House of Lords Select Committee highlights the growing urban/rural connectivity divide and the need for urgent action to prevent a further widening of this gap. We applaud the committee’s call for a new plan for the countryside – one that would be similar to the government’s industrial strategy. The Committee is right to prioritise vastly improved digital infrastructure and digital skills as a way of ensuring our rural economies continue to flourish. As a rural infrastructure provider bringing full fibre broadband connectivity to communities left behind by the national providers, we see this in technicolour every day – customers whose work and home lives have been transformed by fast, full fibre, future-proof broadband.”