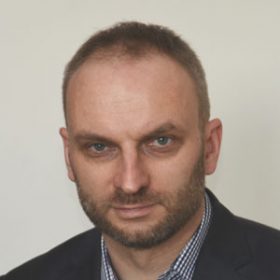 As the largest alternative network operator in Poland with over 50,000 kilometres of fibre connecting more than 80 percent of the A and B class office buildings throughout Poland, Netia is experiencing tremendous growth in demand for both consumer offerings and MEF-certified business services.

In the trial, wavelengths driven by the Nokia PSE-3 and operating at 62-68 Gbaud traversed Netia’s flex-grid infrastructure in 75GHz channels. Network paths currently supporting 100G and 200G wavelengths were shown to support of greater than 300G and 500G respectively, more than doubling network capacity.

Grzegorz Bartler (pictured), member of the board and CTO at Netia, said: “Netia continues to invest in our infrastructure to ensure our customers benefit from the most technologically advanced network in Poland. The results of this field trial mean that our backbone network, originally designed for a total capacity of 8.8 terabits-per-second, now has a proven roadmap to 29 Tbps, ensuring we can continue to keep up with the rapid growth of our business and consumer services.”

Nicolas Almendro, head of Europe and Middle East Africa Optics Business Development at Nokia, said: “This important trial is illustrative of the strong partnership that Nokia and Netia have developed over many years. We’re excited that Netia could be the first carrier to trial the PSE-3 over a live network, and to prove that their network is prepared for the next wave of capacity growth.”