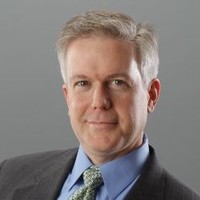 After a weak 2017, long-haul WDM deployments rebounded in the fourth quarter of 2018 (4Q18) with growth of nearly 20%, bringing it up almost 8% for the year. According to the 4Q18 Optical Hardware Report from research firm Cignal AI, growth was fuelled by a reversal of almost two years of terrestrial spending decline in North America and a year-over-year surge in Japan.

Scott Wilkinson, optical hardware lead analyst at Cignal AI (pictured), noted that there were several announcements of next-generation coherent optical system deployments leading up to the 2019 OFC conference, and more were expected: “These new generations of coherent optical hardware will spur long-haul and SLTE spending increases, which we expect will continue into next year,” he said.

Cignal AI’s Optical Hardware Report is issued each quarter and examines optical equipment revenue across all regions and equipment types. The analysis is based on financial results, shipment information, and guidance from individual equipment companies. Forecasts are based on overall spending trends for equipment types within the regions.