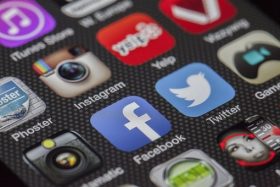 Facebook is to start laying 275 miles of high-capacity fibre cable through West Virginia to connect its data centres in Ashburn, Virginia and Columbus, Ohio. In addition to improving Facebook’s network operations, the new fibre link will help local communities by providing broadband access from excess bandwidth.

Facebook subsidiary Middle Mile Infrastructure is expected to take between 18 and 24 months to complete the work, which will start later this year. The cost of the major project has not been disclosed.

The deployment will take in some difficult terrain, said Kevin Salvadori, director of network investments at Facebook. “It’s not going to be the easiest build that we’ve ever done, but we’re pretty confident that we can make it happen,” he said.

West Virginia senator Shelley Moore Capito praised the project, and said broadband providers will be able to expand their networks to communities near the Facebook cable route. She said: “This helps us go to our communities, go to our internet service providers, our municipalities, and whoever wants to expand broadband in their area, and say, ‘Look, we’re going to have a major line coming through here’.”

Facebook confirmed that regional service providers will be able to take advantage of the connectivity. “There haven’t been major artery builds like this one in the US for 20 years,” said Salvadori.

Last autumn, fibre connectivity and data centre services provider Zayo also announced it would build a new fibre link beween Ashburn and Columbus. As this one is using a different route, the potential possibilities for third party service providers should be maximised when it is built.