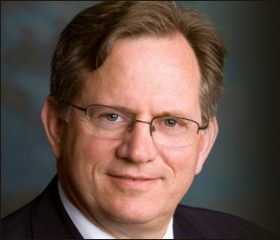 NeoPhotonics Corporation, a designer and manufacturer of optoelectronic solutions for the highest speed communications networks in telecom and datacenter applications, has announced the addition of Class 50 versions of its Micro-Modulator (CDM) and Coherent Receiver to its suite of high bandwidth coherent components.   Class 50 Coherent components improve on the currently shipping Class 40 components, and allow increasing the symbol rate from the current 64 Gbaud rate to market leading 90-100 Gbaud rate. These NeoPhotonics components work together to enable customers to implement single wavelength near one Terabit per second data transmission over datacenter interconnect (DCI) distances.

NeoPhotonics’ new Class 50 components for 100 GBaud transmission are designed to work with the emerging new generation of coherent Digital Signal Processors based on the 7 nanometre Silicon process node and triple the symbol rate over standard 100Gbps (32 GBaud) coherent systems.   Higher symbol rates increase data capacity while maintaining superior optical single to noise ratio (OSNR), spectral density and reach performance.   All of these components are available in compact form factor packages suitable for use in pluggable modules and compact daughter cards.

NeoPhotonics’ Class 50, polarization multiplexed, quadrature coherent driver modulator (CDM) features a co-packaged InP modulator with a linear, high bandwidth, differential driver, and is designed for low V-Pi, low insertion loss and a high extinction ratio.   The compact package is designed to be compliant with the form factor of the OIF Implementation Agreement #OIF-HB-CDM-01.0.

The Class 50 High Bandwidth Micro-Intradyne Coherent Receiver (Micro-ICR) is designed for 90-100 GBaud symbol rates, tripling the rate of standard 100G ICRs. The compact package is designed to be compliant with the OIF Implementation Agreement OIF-DPC-MRX-02.0.

“We are currently providing our customers with a matched suite of high-speed Class 40, 64 Gbaud, optical components to support current 600G per wavelength systems, and the addition of Class 50 versions will continue to support our customers as they move to 90-100 Gbaud and nearly 1 Terabit per wavelength,” said Tim Jenks, Chairman and CEO of NeoPhotonics (pictured).  “As new generations of electronics become available, it is crucial that the optical components are available to complete the suite, in this case realizing near 1 Tbps on a single wavelength.”

NeoPhotonics will exhibit its suite of coherent components for 600G to a Terabit at the Optical Fiber Communications Conference and Exhibition in San Diego in Booth 2923, March 5th to 7th, along with its broad family of products for high speed applications.