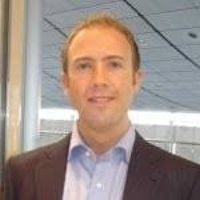 HiLight Semiconductor will showcase multiple new CMOS optical PMD product lines for volume applications up to 100G at the forthcoming OFC 2019 event in San Diego (March 5-7). Among them is the HLR25G0 25G CMOS Transimpedance Amplifier (TIA) for SFP28 and QSFP28 applications. Designed for PIN photodiode applications the new TIA will be demonstrated in an SR COB application and an LR ROSA application

Also on show will be the HLC12L0 complete CMOS 10G SFP+ LR reference design solution, and the HLC12V0 complete CMOS 10G SFP+ COB SR reference design solution. The first is intended for datacom and wireless transceiver applications up to 10km, and the second for datacom transceiver and AOC applications offering significant BOM cost savings and a typical total operating power of 600 mW.

The HLC25G0 TIA is designed in pure CMOS and, with dimensions of 0.7mm x 1.05 mm, is suitable for TO-Can applications, especially the compact TO33 often found in 25G and 100G optics. The IC features selectable transimpedance gain, adjustable bandwidth and a wide photodiode input capacitance range. This enables the HLR25G0 to work with multiple photodiode types across a range of applications. Sensitivities of better than -18 dBm (0.9 A/W, 10 dB ER, BER 1E-12, CPD = 70 fF) can be expected. In addition to the HLR25G0 for PIN photodiodes, HiLight says it will soon be sampling the HLR25G1 TIA for 25G APD applications.

The HLC12V0 SR IC’s highly integrated 4-in-1 functionality features are: 10G limiting amplifier receiver; 10G VCSEL transmitter; integrated 8051 microcontroller; and non-volatile memory with embedded firmware providing digital diagnostic monitoring. According to HiLight, this is the first time all of these functions have been combined together in a single CMOS transceiver IC for SFP+ SR and AOC applications.

In a separate development HiLight has been granted a US patent that covers the automatic control of laser transmitters in FTTH applications. The chip company asserts that the invention can significantly reduce the manufacturing and deployment costs of Optical Network Unit subscriber boxes, while improving reliability.

“Having recently been granted a US patent for our dual-loop extinction ratio transmitter control for 10G-PON, HiLight are again bringing innovation to optical communications with the introduction of a new family of high sensitivity, pure CMOS, transimpedance amplifiers that have unprecedented levels of digital control and programmability, which can be used for on-chip compensation such as temperature and photodiode variation, amongst other things,” commented Christian Rookes, HiLight’s VP Marketing (pictured).