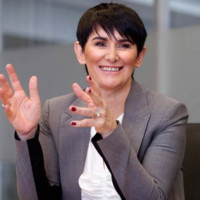 Irish telco eir has launched a fixed network investment programme which will cost more than €0.5 billion over five years, and pass an additional 1.4 million premises with an FTTH network capable of speeds up to 10 Gbits/s. “Ireland’s Fibre Network”, the next step in the evolution of eir’s network and the expansion of the telecoms infrastructure of Ireland, will pass 180 towns and cities, including every town in the country with more than 1,000 premises. The investment will follow the completion in June this year of eir’s FTTH roll-out to 335,000 rural premises, at a cost of €250 million to eir and with no public subsidy. By June this year, eir says it will have invested more than €600 million in fibre broadband, delivering high-speed fibre broadband to more than 80% of the premises in Ireland, or 1.9 million homes and businesses across the country.

This is the next stage in eir’s ambitious €1 billion investment programme, with a €150 million investment programme in its mobile network already underway, allowing eir to deliver 4G voice and data coverage across more than 99% of Ireland within two years, on what is billed as the most expansive 4G mobile network in the world. The investment will also see the roll out of 5G services in 2019, delivering the most technologically advanced mobile data services across Ireland’s cities.

“I am delighted to announce this substantial investment of more than half a billion euro, which is a key step in the evolution of eir’s network, and indeed of the entire telecoms infrastructure in Ireland,” commented eir CEO Carolan Lennon (pictured). “We will deliver not just the fastest and most extensive fibre network in Ireland, but also one of the most extensive in the whole world. We are also investing to improve eir’s customer care by bringing these services back in-house and provided by 750 new eir employees at three new regional hubs in Sligo, Cork and Limerick. Ultimately this investment will mean that eir customers will enjoy the fastest broadband speeds and the best mobile network supported by best in class customer care.”