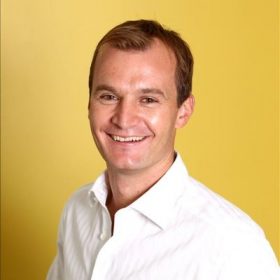 MASMOVIL Group, the fourth largest telecommunications operator in Spain and claimed to be the fastest growing operator in Europe, has achieved a new commercial milestone by recently surpassing the total figure of 1 million fixed broadband customers. Of its total fixed broadband customers, close to 67% correspond to fibre optic customers, while, in terms of new adds, 83% are through FTTH technology.

The Group says it has exceeded the 1 million figure in a record time in just over two years, being the alternative operator that reached this total of fixed broadband customers in the shortest time in the history of Spain. In addition, MASMOVIL says that in the fixed broadband market, both for residential and business customers, it has accelerated the deployment of its fibre optic network At the end of the third quarter of the year, this was available to 14.4 million premises households – including those from an agreement with Orange and the 39 provinces available with the Nuevo servicio Ethernet de Banda Ancha (NEBA) offer available on a wholesale basis on the Telefónica fibre network. Further, according to a study by the prestigious French company nPerf, the fibre network of MASMOVIL is the fastest in the Spanish market.

“We are very pleased to start the year with good news as we continue to receive excellent commercial dynamics and we have already reached in record time 1 million fixed broadband customers, which is a new milestone of extraordinary importance for the Group”, said Meinrad Spenger, CEO of Grupo MASMOVIL.”Our responsibility is to match the good acceptance of the market to our commercial proposal with the highest quality of service to our customers.”

In September 2018 it was announced that Vodafone and MASMOVIL Group had reached an agreement to share up to 1.9 million FTTH connections. The agreement is being implemented progressively over the next four years, with the aim of increasing the optimisation and efficiency of the use of fibre networks in Spain. The Vodafone transaction followed two months after the news that MASMOVIL had inked a ten-year deal to gain access to fibre wholesaler UFINET’s backbone and backhaul infrastructure. That tie-up also extended to the access network, where MASMOVIL will have direct fibre connectivity, in a first phase, to more than 300 exchanges. MASMOVIL said the UFINET arrangement would provide CapEx and OpEx savings of at least 50% compared to a go-it-alone fibre network expansion.