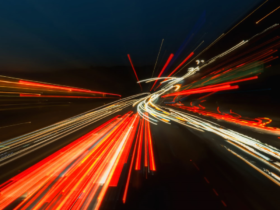 Researchers of the University of Twente, Netherlands, say that for the first time they have succeeded in connecting two parts of an electronics chip using an on-chip optical link. A light connection could, for example, be a safer means of connecting high-power electronics and digital control circuitry on one chip, without a direct electrical link. Until now, however, an optical link was not possible using standard silicon chip technology. Vishal Agarwal, a UT PhD student, has managed to do so. He worked out how to develop a very small optocoupler circuit that delivers a data rate measured in megabits per second, and in an energy-efficient way.

Using light, it is possible to isolate one part of a chip of another: the two different worlds will be able to communicate, but there is no electrical connection. In “smart power” chips, for example, the high-power part can be isolated from the digital control circuits. Such isolation ensures safe operation in applications like medical electronics and automotive systems.

A so-called “optocoupler” is demanded by such situations, but until now, this has always been a relatively bulky device, and separated from the actual electronic chip. The ideal solution, proposed Agarwal, is to have an on-chip optocoupler, which he has now realised. His optocoupler can be integrated with the electronics using standard chip technology (CMOS). It measures only 0.008 mm2 in size and consumes “minimal” energy.

Integrating light source and a light detector on a chip is not a trivial matter. In general, special materials are needed which cannot be easily introduced in the CMOS process. Silicon is not a good light source by itself. A silicon LED on a chip would emit some infrared light with low efficiency, while a silicon detector doesn’t work well with infrared light. This is not a good starting point for a good connection. Previous research however, by UT PhD student Satadal Dutta, proved that better results can be obtained by connecting the silicon LED ‘the wrong way’. What will happen, is an avalanche effect, resulting in the emission of visible light. In the same way, a light detector can be made at which a single photon can induce an avalanche. The result: an efficient optical connection.

The principle worked, but for Agarwal the challenge now was to design an electronic circuit that controls the LED and the detector in the best way, optimising for energy consumption, speed, and use of space on the chip. For example: what is the voltage needed for operating the ‘Avalanche Mode LED’ (AMLED) and the ‘Single Photon Avalanche Diode’ (SPAD) in the most efficient way, resulting in a good connection without wasting light? How to position the light source and light detector on the chip, for the highest efficiency? In his thesis, Agarwal came up with an optocoupler that can be fully integrated in CMOS, with a data rate of about 1 Megabit per second and minimum energy consumption. Although for many applications, this is already an acceptable data rate, it can be increased at least tenfold, according to Agarwal.

The research has been done in two Electrical Engineering groups: Integrated Circuit Design (Digital Society Institute), led by Bram Nauta and Integrated Devices and Systems (MESA+ Institute) led by Prof Jurriaan Schmitz. In this way, the underlying physics of the connection and the actual design could be combined in the best possible way.