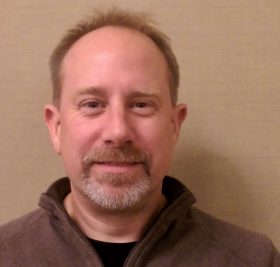 The modules are designed to demonstrate the feasibility of applying AOI’s silicon photonics platform to the requirements of on-board optics (OBO), as outlined in specifications such as the recently-released version 1.1 of the onboard optical module specification published by the Consortium for Onboard Optics (COBO), of which AOI is an active member.

In contrast to traditional pluggable optical modules, OBO modules are designed to be used in higher-speed data switches, with interface speeds ranging from 400 Gbps to 1.6 Tbps. By designing the optical modules to be mated directly to a circuit board within such a switch, the OBO modules enable an increase in the density of optical interfaces to the switch, which in turn enables greater data throughput through the switch fabric, while also simplifying cooling and electrical interfaces, two areas where traditional pluggable modules have increasing difficulty as interface speeds increase.

AOI’s sample OBO modules are specifically designed for customers developing next-generation switches for large datacentres, as these switches gradually evolve from 100 Gbps interconnects to 400 Gbps, and higher. The modules currently leverage new silicon-based optical technology to support 16 optical channels with a total data throughput of 400 Gbps. Future versions of the device are expected to leverage the same silicon-photonics technology, but increase the bandwidth up to 100 Gbps per optical channel, ultimately enabling 1.6 Tbps of data throughput over a single OBO module. In turn, this would enable next-generation 12.8 Tbps switches to utilise only 8 optical modules, significantly improving density and reducing power consumption compared to a similar solution, which would require 32 400-Gbps pluggable modules.

“We gathered very positive feedback while demonstrating early 16-channel OBO prototypes at the European Conference on Optical Communications (ECOC) in Rome last year,” commented David Chen, AOI’s AVP of Transceiver Technology. “We are very excited to take the next step in offering samples to our customers. This OBO module incorporates several new technologies, including an advanced silicon-photonics based optical sub-assembly, which are the culmination of years of R&D effort by AOI and our technology partners. We believe that this platform will enable solutions well beyond 400 Gbps, and eventually, 1.6 Tbps.”

“AOI has made significant progress on the development of OBO modules since the publication of revision 1.0 of COBO’s specification,” stated Brad Booth, (pictured) president of the Consortium for On-Board Optics. “AOI’s ability to sample OBO modules after their ECOC demonstration of an OBO prototype shows their commitment to bringing alternative solutions for the next generation of networking equipment. Having a single module footprint that supports bandwidth scaling from 400 Gbps to 1.6 Tbps provides flexibility to equipment vendors.”