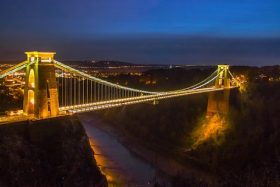 The aim of the integration is to extend offerings by co-creating products and services for users, without duplication of effort, time and money, which occasionally happens now. The single body will have over 20m end users across several international markets, such as the US, Australia and Scandinavia.

Jisc’s CEO Paul Feldman said: “Jisc is committed to making the UK the most digitally advanced education and research nation in the world, and this aim will be bolstered with the addition of Eduserv’s expertise.

“As a bigger social enterprise organisation, we can invest our income into developing digital services and products that empower colleges, universities and research centres to provide students with an outstanding education experience.”

Bristol-headquartered Jisc provides an optical networking backbone, cloud and other connectivity services to thousands of further education (FE) colleges, universities and other education, research and skills bodies internationally. Its main service is the Janet network, which supports the UK research and education community and which connects to other international optical networks.

The majority of Jisc’s funding comes from the UK higher education and FE funding bodies, with additional funding coming from higher education institutions themselves. Earlier in 2018, the UK Department for Education said Jisc would be required to introduce a membership charge for FE colleges from August 2019.

Eduserv, which is also based in Bristol (pictured), provides digital transformation and cloud migration services across the public sector, including central government, local councils, UK universities and a number of charities.

Jisc employs over 600 across sites in Bristol, London, Manchester and Harwell, with Eduserv having about 100 staff in Bristol. The 220 Jisc staff that are currently working in Bristol will be migrated to Eduserv’s office in the third quarter of 2019.