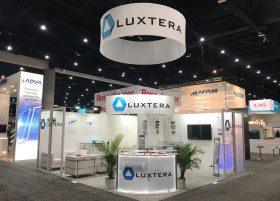 Cisco Systems Inc., the world’s largest manufacturer of optical networking equipment, is in talks to purchase optical chip technology company Luxtera Inc. This possible deal has been announced by Bloomberg, the global information and technology company.

A final price for the closely held company had not been agreed by 12th December, “but a deal will likely value Luxtera in the hundreds of millions of dollars,” Bloomberg reported. An unnamed insider had told the financial information firm that Cisco had beaten rival bids from other companies including Intel and Broadcom. “The transaction has not been completed and an agreement might not be reached,” said the source. As yet there has been no official statement from either party.

Luxtera develops silicon photonics technology, a way of converting information encoded into photons and carried over fibre optic cables directly into semiconductors, which greatly speeds the transfer of data. Other equipment is usually needed to turn light from cables into the electronic signals needed to run computers. Luxtera says it can make a high volume of chips that can do that job – something that has eluded other companies in the industry for years, according to Bloomberg.

Adding such technology would give Cisco more capabilities in the components it uses to build networking machinery. The company has struggled to rekindle growth amid an industry wide migration to cheaper machinery that uses open-source software. Purchasing Luxtera could give it a more fundamental technology to differentiate its products.

Bloomberg commented that, “Cisco may be looking for more fundamental technology that could differentiate its products. Under CEO Chuck Robbins, Cisco has also expanded into software and networking services to lessen its dependence on proprietary hardware and software combinations.”

Luxtera’s products are used in data centres to transfer information between server computers, as well as in mobile phone network base stations. CEO Greg Young was previously employed at Intel and Broadcom.