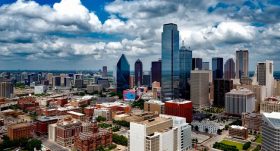 The Columbus to Ashburn network expansion will add around 400 route miles of high-capacity fibre and is expected to provide the lowest latency between the two cities, Zayo said. The route will also provide Zayo customers with the lowest latency route between Chicago and Ashburn, as it will bypass major network congestion and overlap points.

With its central US location and closeness to major population centres, Columbus has become an increasingly important data centre hub. Ashburn and Northern Virginia, known as “Data Center Alley”, has the largest concentration of data centres in the world. The new route will traverse West Virginia, providing a new fibre backbone across the state.

Construction on the new routes is expected to begin early next year. As well as an extensive and growing fibre network, Zayo also owns a large data centre portfolio, used to provide data centre services, including interconnetivity to customers.

Zayo recently completed its 2,000 mile long haul dark fibre route between Los Angeles and Dallas, after beginning the project in 2015.

Earlier this month, the company said it will split into two publicly traded companies, one that will specialise in providing solutions for a broad set of enterprise customers, and another that will focus on building core communications infrastructure.