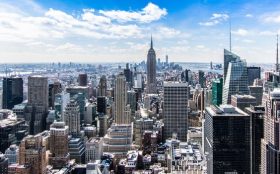 UFD (United Fiber and Data) in the US has purchased a former prison to turn it into a data centre on the new 400 mile fibre network route it is currently building from New York to Ashburn, Virginia. UFD is anticipating completing its long-haul fibre network by the end of this year. Construction between New York and New Jersey is complete, with a 14 mile metro ring in NYC and 100 miles of fibre linking New York City to key data centres in New Jersey. The company is now putting the finishing touches to the remainder of the network in Pennsylvania, Maryland and Virginia, completing the connectivity project in 2018.

To bolster network support and also to supply services around its network, UFD has purchased the old York County Prison in Pennsylvania, reports local newspaper the York Dispatch, to turn it into one of the main data centres on the fibre route. The site will be used to backup customer data and supply other services to them. Conveniently, the firm has its main office next door to the prison in the city of York, with the purchase also seen as an ideal scenario for the community. This is because the company plans to renovate York Street where the company and prison stands, employ local people in the prison construction project, and create a new data hub in York that will hopefully attract new digital businesses to the area.

UFD founder and CEO Bill Hynes told the newspaper that his firm would break ground on the new data centre next year, with the project taking around two years to complete. This includes a new power substation being built and a connection being established to the York Water Co. to enable cooling to the data centre’s computer equipment. The jail’s interior will be gutted to make way for equipment and office space, with the external Victorian-style building perimeter being left intact after a good clean up.

Hynes said the firm was offering a diverse fibre route between Ashburn and New York, that would help companies build improved business continuity into their operations, as a result of avoiding common data routes already used in both directions. He said, “Our line is geographically diverse from all others. Instead of taking just the south route we go west and then we go south.”