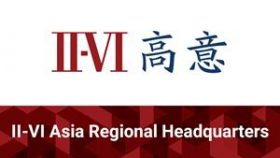 As carriers worldwide ramp up their investments in 5G wireless infrastructure and drive increased demand for products that enable optical access architectures for next-generation wireless networks, II-VI will add over 300,000 square-feet of space in two new buildings in Fuzhou, China to expand production of its 5G optical product portfolio. II-VI will hold an inauguration ceremony on November 5, 2018.

“We are currently experiencing the rapidly growing demand for II-VI’s differentiated and best-in-class optical technology that is enabling 5G optical access architectures across multiple deployments beginning in Korea, Japan and North America,” says Sunny Sun, president, Photonics Segment, II-VI. “II-VI is committed to a multi-year investment of up to US$50 million dollars to expand our manufacturing operations. In Fuzhou, China we will establish our II-VI Asia regional headquarters in anticipation of the long-term growth driven by global deployments of next generation wireless connectivity.”

Earlier this year, the company said it plans to expand the capacity of its 980nm pump laser production lines, including wafer fab and chip on carrier assembly in Zurich, Switzerland and Calamba, Philippines, along with pump laser module assembly in Shenzhen, China. The company has also completed the extension of the current facility lease in Shenzhen. Specifically, II-VI said it will increase its production capacity to meet the strong demand for datacentre interconnects and the growing demand for ROADMs. This new production capacity is expected to be operational by the end of 2018.