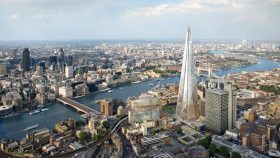 Zayo Group has announced expansions of its fibre networks in London, Paris, Dublin and Amsterdam, driven by demand from cloud and data centre providers as well as enterprise customers. The strategic expansions will deliver fast, high-capacity fibre to key centres of technology and commerce, said the communications infrastructure provider.

In London, Zayo is building a new fibre route from Hatfield, Hertfordshire to Stratford, East London, as part of a strategic ring outside of the city. The new route will support a number of current and prospective customers with high-performance fibre, providing a new option for long haul routes from Dublin to Amsterdam and enhanced diversity for data centre customers in Enfield, North London.

In Paris, Zayo is expanding its fibre footprint in La Defense, a big business district west of the city limits. Zayo currently serves dozens of customers located there over its high-capacity fibre network. The new network extensions will expand Zayo’s reach to major office buildings in the district. La Defense is home to a large number of major French businesses and multinationals.

And in Dublin, a multinational company has selected Zayo for a fully diverse dark fibre ring around the metro area. The high-fibre count solution will significantly improve latency for the customer, said Zayo, with the potential for follow-on sales to companies that already have a presence in Dublin or who are considering relocation in Ireland. The new routes complement Zayo’s existing T50 fibre network in Dublin.

In addition, Amsterdam will see Zayo upgrading and expanding its fibre network between Schiphol-Rijk and the Amsterdam Science Park. The park is among Europe’s largest centres of science, research and innovation and home to multiple data centres. The upgrade is driven by a data centre operator based in the Schiphol-Rijk data centre campus.

The metro networks involved connect with Zayo’s pan-European and global fibre network, thousands of buildings and data centres, including Zayo’s nine data centres located throughout Western Europe. The company has a 129,000-mile network across North America and Europe. It recently completed a 2,000-mile long-haul dark fibre route between Los Angeles and Dallas to support telcos and boost interconnectivity between its own data centres.