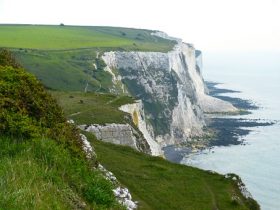 Equinix is building a new and more direct optical submarine cabling connection between Paris and London to make financial trades faster and more efficient between the two busy investment markets.

The English Channel link is the first across the world’s busiest shipping lane for around 20 years. The optical fibre is promising to cut connection times by around 15% across a more direct 200 mile route between the two cities, while also reducing latency.

The cable will connect Equinix’s data centre in Paris with the firm’s large facility in Slough, just outside London. That location is home to a large number of other data centres which serve City of London financial markets.

Equinix is promising that the connection will go live in the first half of 2020. Whilst a small number of financial services firms have threatened to move some operations to the likes of Frankfurt or Paris if Brexit hampers their trading in London, a faster connection speed between Paris and London will no doubt help persuade them to maintain their London presense.

Other existing subsea cables between mainland Europe and the British Isles are routed through Guernsey or Jersey – UK dependency islands – so a direct link will cut the distance the optical signals will have to travel significantly.

The Equinix cable is being built on its behalf by the Dublin-headquartered Ireland-France Subsea Cable (IFSC) company, which started building new optical connections between Ireland and France a number of years ago.

The solution being deployed under the Channel is expected to last up to 25 years. It is being installed 1.5 metres under the seabed and will be double armoured to protect it from vessels.

Equinix recently aided LATAM and Caribbean (LA&C) fibre connections through a $60m Miami data centre expansion. The MI1 data centre is billed as the the primary US interconnection point from North America to the LA&C markets. The facility is otherwise known as the Network Access Point (NAP) of the Americas.

The expanded MI1 brings improved interconnectivity from more than 130 telecoms carriers – with 47% based in LA&C markets – and seven Tier 1 network service providers (NSPs) deliver upstream access to customers of all sizes.