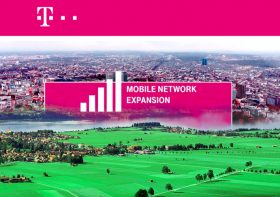 Deutsche Telekom says it is driving forward network expansion in Germany faster than any other telecoms company – with its combination of fixed-network and mobile communications across urban centres and rural areas. Just under 300 new mobile base stations recently went into service in Germany. Deutsche Telekom adds that it has aggregated, modernised the network and filled various gaps.

In a statement released in mid-June, the company said, “New locations are integrated every two months. Almost five and a half thousand new services (including GSM, UMTS and LTE) were incorporated into the network recently. At least 163,000 additional customers can now access Deutsche Telekom’s LTE network. Population coverage increased by 0.2 percentage points to the current 94.4 percent.”

5G must be considered

Walter Goldenits, Chief Technology Officer at Telekom Deutschland, commented, “Focusing solely on fixed-network expansion when it comes to the gigabit society is a short-sighted approach. With respect to 5G we cannot afford to ease up with mobile communications expansion.

“We must continue to drive infrastructure expansion forward. Deutsche Telekom is the leader in Germany when it comes to expanding networks. We do not talk. We build. Customers in the country can look up on www.telekom.de/schneller (faster) whether they stand to gain from the expansion.”

Deutsche Telekom intends to raise the number of mobile base stations in Germany from 27,000 in 2017 to 36,000 in 2021. This expansion will help the company to fill the gaps in mobile communications and increase bandwidths. 94 percent of the population can already use Deutsche Telekom’s LTE network. This percentage is set to increase to 98 percent by 2019.

The company statement added, “This expansion is an important component for the future 5G network; 5G will become the standard for communications in the future because it combines fixed-network and mobile communications. Deutsche Telekom is playing an important role in the development of this global standard.”