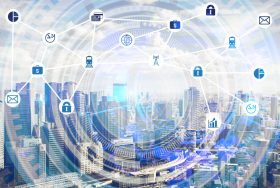 Germany-based virtualised encryption vendor Adva has debuted what it hails as the world’s first 100Gbps quantum-safe optical communication over a long-haul network. The joint demo with some of Europe’s leading national research and education networks (NRENs) highlights how high-speed, secure connectivity with robust protection even against large-scale quantum computer attacks is possible over deployed operational infrastructure. Adva says that companies and institutions requiring long-term security of critical information will be particularly interested in the breakthrough technology, as it offers a seamless solution for safeguarding today’s sensitive data against future quantum-enabled decryption.

“What we’ve accomplished here is of enormous significance to any organisation transporting large volumes of sensitive and valuable data. Alongside our NREN partners, we’re proving how quantum-safe site-to-site connectivity can be achieved using our FSP 3000 optical transport technology with ConnectGuard AES encryption and a post-quantum key exchange algorithm. By showcasing the solution in a realistic scenario, we’re underlining how network operators can offer long-term security to their customers right now,” says Jörg-Peter Elbers, SVP, advanced technology at ADVA. “The appeal of post-quantum cryptography compared to quantum key distribution is that it offers a straightforward, seamless transition from current key exchange protocols. As a digital method, it is independent of the physical layer, making it easily deployable over long-haul and multi-operator links. Both methods can of course be used in combination providing an even higher level of security.”

The joint field trial takes an algorithmic approach to cryptography, which is simple and cost-effective as it requires only changes at the endpoints and can be used over any standard optical transport network. It utilises a post-quantum public-key encryption system based on a variant of the Niederreiter scheme. While its large key size has prohibited the use in low bit-rate applications in the past, its implementation has now become practical in optical transport networks thanks to high data rates. The Niederreiter cryptosystem has been investigated by security researchers for decades and has never been broken, which makes it a strong contender also for standardisation by the US National Institute of Standards and Technology (NIST). In the joint demo, the Niederreiter algorithm was combined with the classical Diffie-Hellman method in a hybrid key exchange system. The unique advantage of this approach is that operators can introduce quantum security in an agile manner without having to give up the classical key exchange they are used to.

“As a leading research and education network, we appreciate the value of protecting information from today’s threats and tomorrow’s quantum attacks. Up to now, network operators have been unsure about when to implement quantum-resistant encryption, balancing the value of their data against the cost and complexity of applying the technology. This demo shows decision makers that a response to quantum hacking is now within their grasp,” commented Artur Binczewski, director, network technology division, PSNC. “As well as cutting-edge research institutions, this technology will be a vital tool for government agencies, healthcare providers and financial companies – in fact any organisation vulnerable to hackers who are harvesting data today in order to decrypt it as soon as they get their hands on quantum computers.”