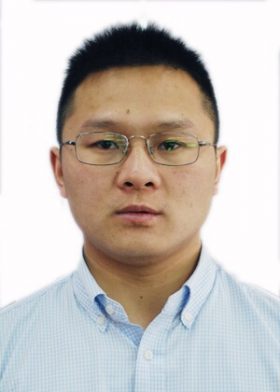 Source Photonics’ Du Yuzhang looks at the relationship between the two technologies as the industry moves into a new era of broadband infrastructure.

Back in February 2017, when Samsung showcased its fixed 5G products at the Mobile World Congress in Barcelona, the vision of delivering home internet service with 5G technology was ignited. Prior to that, in 2016, when AT&T was doing a trial using its 5G network, fixed wireless 5G technology enabling home broadband access was proposed. It was indeed an appealing solution to customers, particularly in regions where deploying new fibre infrastructure for FTTH can be expensive.

So, what is the relationship between 5G and FTTx, in terms of technology and end-market application? Will wireless and wireline networks, the two essential channels of internet access, converge into one single network with the advent and adoption of 5G?  We delved into these questions, with China, the market that built over 40% of all the 4G base stations worldwide and bought over 75% of all GPON & EPON equipment globally, as the case in point.

Fundamentally, wireless communication, either 3G or 4G, is about maximising utilisation of limited radio channel bandwidth to connect as many user devices as is feasible to the air interface. A typical 4G LTE base station, consisting of antenna, RRU and BBU, connects downwards to mobile phones, and upwards to IP transport equipment such as PTN.

Compared to LTE, 5G enhances the data rate between the air interface and the user equipment by exploring a new territory of radio frequency for higher channel bandwidth, with 3.5GHz and millimetre wave being used; employing even more antennas than in 4G for massive MIMO; adopting higher order modulation and better coding schemes and using more advanced multi-access technologies than OFDM, which is used in LTE. With higher-than-3.5GHz channels being exploited, base stations coverage will inevitably shrink, and it will lead to at least two or three times higher density of base station deployment than in 4G.

In fact, coverage of 4G LTE has already been relatively sufficient in China.

As of 2017, the availability of 4G LTE is 73.83%, ranking within the top 20 nations/regions worldwide. On the other hand, FTTH has covered more than 90% of urban and 30% of suburban households. The availability of both wireless and FTTx infrastructures in China makes it a good market for access networks, but economically, it does not make sense to render obsolete the already existing FTTx infrastructure and use 5G to deliver home broadband service instead. 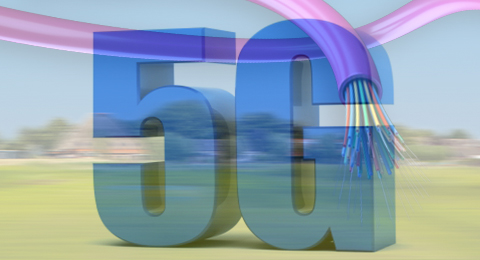 Since the rollout of the “Broadband China” initiatives in 2013, EPON and GPON have become widely available across China. 10G PON emerged in 2015, when China Telecom upgraded its legacy EPON system to 10G EPON OLT in tier-1 metropolis areas including Shanghai. From the speed of connectivity perspective, the data rate that an end user experiences with 10G PON OLT is similar to that of 5G wireless.

However, take for example XGSPON.  It has an optical split ratio of 1:128; 25% over-subscription; 92% bandwidth efficiency and a downstream data rate of up to 286 Mbps compared to the typical 5G download speed of over 100 Mbps, assuming downstream capacity of the base stations is 20 Gbps. Therefore, at least in the short term it is unlikely that 5G will be much more superior to that of 10G PON in terms of the end-user data rate.

In addition, 5G won’t be widely deployed until 2020, according to China Mobile, one of the pioneers in the commercialisation of 5G. On the other hand, 10G PON has already been shipping in volume since 2015. As of 2017, the optical communication solution for 5G had not yet reached a global-wide consensus. For the front-haul application, the proposals include 25G SFP28 and 100G QSFP28 and 25G WDM-PON, while for back-haul, 50G QSFP28, 25G tunable WDM and NGPON2, are some of the contenders.

Most of which are very expensive solutions. While investment on 5G in China is expected to be triple that of the investment made in 4G, 10G PON optical transceivers have become very affordable by late 2017. It is important to note that the Optical Distribution Network (ODN) typically counts for 50% to 70% of the total cost of an FTTx network and since FTTH has covered more than 90% of urban and 30% of suburban households in China, the incremental cost to upgrade EPON/GPON to 10G PON will be more cost efficient, compared with deploying 5G.

Based on the above facts, we know that in China, FTTx will co-exist with 5G wireless, serving both fixed access and mobile customers. There will not be convergence between wireless and wireline internet access, in which 5G rather than FTTx will deliver home broad access service, as may possibly happen in North America and Europe. However, a convergence of the two systems is still possible. In the long run, there will still be two separate systems, 5G wireless and FTTx, on the backhaul or IP transport side. Wireless and FTTx will share the same physical infrastructure including central offices and fibre cable.