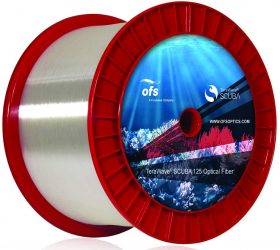 Optical cable and systems developer OFS Fitel has announced that a May 8, 2018 Notice of Final Determination by the United States International Trade Commission (ITC) cleared OFS, a manufacturer of optical fibre products, of all allegations by DSM Desotech.

DSM, a Dutch company, claimed that that OFS optical fibre and the coating used on that fibre violated Section 337 of the Tariff Act of 1930, as amended. The Final Determination found that “all claims asserted by DSM at the ITC are invalid”.

OFS, based in Norcross, Georgia, and its coating supplier Momentive UV Coatings were alleged to have infringed four DSM US patents pertaining to optical fibre coatings and optical fibre made with those coatings, which were imported and sold in the US.

The Commission’s Final Determination, affirming in part and reversing in part a preliminary decision from an Administrative Law Judge, found all claims asserted by DSM were invalid and terminated the investigation.

Dr. Timothy F. Murray, CEO and Chairman of OFS said, “OFS takes pride and care in use of our technology developed through decades of sustained research and development and innovation.

‘Respects IP’
He added, “OFS also respects the intellectual property rights of others, but will vigorously defend ourselves when we believe we are targeted with baseless attacks. We were surprised to be charged with patent infringement based on the use of coatings to make optical fibre by DSM, a foreign coatings manufacturer that supplies cable coating products to OFS and has been a supplier of fibre coatings in the past.

“It is a measure of the strength of our US system of commercial and intellectual property law that foreign companies come to this country to seek just treatment.

“We appreciate the diligence and care taken by the ITC to hear and understand the arguments of both parties in delivering this ruling. The invalidation of the claims in the patents asserted by DSM is a cautionary note to those who attempt to use unsupportable positions to threaten action.”

OFS was represented by Barnes and Thornburg.

About OFS
OFS is a world-leading designer, manufacturer and provider of optical fibre, fibre optic cable, connectivity, fibre-to-the-subscriber (FTTx) and speciality fibre optic products. The company puts its development and manufacturing resources to work creating solutions for applications in such areas as telecommunications, medicine, industrial automation, sensing, aerospace, defence and energy. OFS provides reliable, cost-effective fibre optic solutions that help customers meet the needs of consumers and businesses today and into the future.