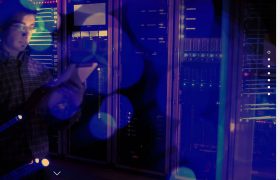 Cleareon, a New York City-based provider of neutral access solutions, including wholly owned fibre infrastructure, lit services and data centre services, has rolled out a subsea system to provide 100 Gig wavelengths between the transatlantic cable landing stations in Wall Township, New Jersey, and the 1025Connect facility in Westbury, Long Island. Cleareon is accepting orders on the new route for service turn-up in Q4 2018.

“Subsea connectivity is becoming increasingly important as evidenced by sustained and growing investment in both regional and trans-oceanic systems,” comments Cliff Kane, Co-CEO at Cleareon. “The users of these systems require true geographical diversity to support the resiliency that their customers demand. Cleareon’s NYNJ-1 cable effectively runs along the entirety of New York City by connecting Long Island to Northern, NJ –  all with ready connections to local access networks as well as data centres, exchanges and DR facilities throughout the greater NYC metropolitan area.”