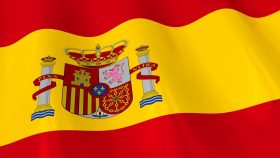 Just three months after Spain’s President Mariano Rajoy promised a “definitive boost” in the effort to bring fast broadband to rural areas, comes the news that Masmovil, has decided to cancel two-thirds of the government-sponsored fibre broadband projects that it had originally signed up to.

According to press reports, Masmovil, the country’s fourth largest network operator, had applied for 33 projects as part of the government’s broadband expansion programme (PEBA) but had only been awarded 18 projects, the majority of which the company deemed would not be profitable. As a result, it is pulling out of 11 of the 18 projects, rejecting €3.03 million of the €4.7 million in government grants that were originally on offer.

The reports come just a week after the Spanish President announced plans to spend €525 million to bring a minimum optical access speed of 300 Mbits/s to 100% of Spain’s population centres in the next three years under its new initiative called Plan 300×100.