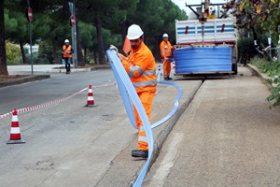 The antitrust body had been investigating since February 2017 whether the tie-up between the two in the joint venture Flash Fiber Srl was likely to prevent, restrict or substantially distort the competition within the access services markets to the fixed network and fixed, retail broadband and ultra-broadband telecommunications services. The AGCM had concerns that the agreement between the two, in fact, could have established a significant degree of coordination between them on strategic choices relating to fixed broadband and ultra-broadband networks, reducing the intensity of static and dynamic competition. Concerns were amplified by the circumstance that this cooperation involved the two main vertically integrated companies operating in the sector.

• Removal of pre-emptive rights by the partners to the network capacity of Flash Fiber.

• The requirement to introduce autonomous offers of VULA and NGA bitstream services by Telecom Italia and Fastweb on non-discriminatory terms.

• Backdating of the closing date of the Flash Fiber joint venture to 2035, for the estimated time necessary to recover the investment made.

• Limitation to the central areas of the 29 cities of the project in which the contractual obligation assumed by the parties is in force.

• The establishment of measures to prevent the exchange of commercially sensitive information between the parties through Flash Fiber.

In a statement the AGCM said it considered that these commitments were suitable to overcome the competitive concerns, appropriately valuing the efficiency components of the co-investment agreement between Telecom Italia and Fastweb. It concluded that the project in question, as modified by the commitments presented by the parties, will favour the development of infrastructural competition in the markets of fixed network telecommunications, and will allow a rapid process of coverage of the national territory with new generation networks. http://www.agcm.it/en/