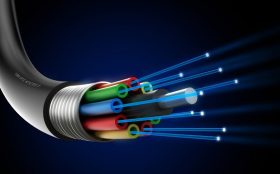 Google is expanding its cloud subsea fibre cabling system in the Pacific to improve the performance of its apps. News of the new underwater cabling comes after other expansion announcements earlier this year, as Google seeks to expand its connectivity footprint to try and match the cloud reach of Amazon Web Services.

With the new Pacific connectivity, both consumers and businesses are being promised improved data performance for applications like Google Maps, YouTube and business cloud services, including Google-hosted office productivity apps.

The work on Google’s new Japan-Guam-Australia (JGA) cable system will be undertaken by NEC and Alcatel. Google says that by deploying its own private subsea fibre network it can control the design and construction process, define the cable’s technical specifications, streamline deployment and deliver services to users faster. Also, it says, once the cable is deployed it can make routing decisions that optimise latency and availability.

Michael Francois, responsible for Google’s global network infrastructure, says the new addition to Google’s submarine network family will give users access to “scalable, diverse capacity on the lowest latency routes”. This will be through a constellation of cables forming a ring between the key markets of Hong Kong, Australia and Singapore.

Francois said: “Our investment in these cables builds on our other APAC cable systems, namely Unity, Faster and PLCN, interconnecting the US with Japan, Taiwan and Hong Kong.” They will improve connectivity to Google’s five cloud regions across Asia and Australia and support planned new ones too.”

Earlier this year, Google announced its Curie private subsea cable connecting Chile to Los Angeles, the Havfrue consortium cable connecting the US to Denmark and Ireland, and the Hong Kong to Guam (HK-G) cable system that is a consortium effort interconnecting the major subsea communications hubs in Asia. These three systems are expected to be operational in 2019, Google has not confirmed the operational date for JGA yet.