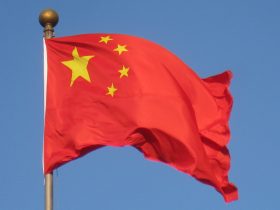 In a multi vendor deal to provide metro and provincial area optical backbones, China Telecom has awarded the largest share of the contract to Nokia. The overall deal is to roll out an integrated IP/optical transport network for a 13-city metro area and two provincial backbone networks, with Nokia winning 50% of the spoils.

The new network, which is already in deployment, is aimed at enabling China Mobile to better support data centre interconnect, broadband services, 4G services and backhaul, as well as being a precursor for 5G. Nokia, working through its local joint venture Nokia Shanghai Bell, is providing its 1830 PSS-24x for the packet/optical transport network multi layer switching platform.

This is the latest of three announcements of deals struck between China Telecom and Nokia so far this year. At Mobile World Conference in February, CEO Rajeev Suri said China Mobile is planning to use Nokia’s 5G Future X network architecture in vertical markets, including  network slicing, multi-access edge computing and NB-IoT. China Mobile is also continuing its use of Nokia’s Nuage Networks SDN platform to expand its public and private enterprise cloud offering in 10 data centers.

At the time of writing, it is not clear which companies were awarded the other 50% of the backbone deal, nor was the value of the contract with Nokia made public.