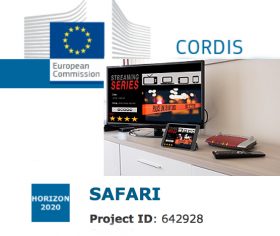 The volume of data traffic traversing the world’s optical fibre networks is growing by more than 40 percent per year as data-hungry services such as streaming audio and video become ever more popular.

So that future networks have the capacity to cope with this ever-swelling traffic, and also handle emerging applications that will boost it still more—from connected cars to mobile HD video and the Internet of Things—the technologies that power long-haul optical networks are going to need a major upgrade in the mid-2020s.

Photons torpedoed
The chief metric in need of vast improvement in laser-based Optical Transport Networks (OTNs) is data throughput—the number of bits of data per second they can carry encoded in laser beams. Today’s individual optical fibres operate at several tens of terabits per second—but that is not going to be enough. “To support the huge capacity demands coming up in the future, far higher capacity transport networks with fibre speeds scalable to petabits per second will be needed,” says Morioka.

To make this happen, the SAFARI collaborators have innovated on a number of fronts, in terms of both overall network control and light-carrying components, to produce building blocks for future OTNs that can boost their speeds from today’s 10exp13 (tens of terabits) to 10exp15 (petabits) per second.

SAFARI’s first innovation was to develop super-dense multicore optical fibres with 30, 32 or 37 light-carrying cores inside them rather than the single core used today.

What allowed them to create this world-record number of cores, says Morioka, was working out a way to stop light from one core leaking into another and causing signal interference that would negatively impact bandwidth. “The fibres have a very high degree of crosstalk suppression,” he said.

Into the matrix
When traversing large distances of 1000 km or more, light travelling in this complex matrix of cores loses power and has to be boosted at regular intervals. To do this in a power-efficient way, the project team developed multicore optical fibre amplifiers, based on erbium and ytterbium, which can be spliced directly into the new multicore fibre, allowing loss-compensated transmission to be made over long distances. “We have broken core-count records, and enabled a reduction of power consumption for optical inline amplifiers, enhancing the power efficiency of future OTNs,” said Morioka.

However it is not all about the waveguides: telecoms carriers also need to be able to dynamically allocate and optimise extra network resources, while maintaining quality, to meet spiking demand—like a whole nation wanting to watch the finale of Game Of Thrones on streaming video at once, for example. So NTT developed programmable optical hardware that allows highly flexible, scalable and adaptive OTNs to be constructed.

Programmable light
A SAFARI testbed was developed and built comprising of novel optics that allow for adding, blocking, passing or redirecting of light beams in a fibre network under software control. This programmable network “can be adaptively controlled and managed in response to the actual traffic demands by a central entity,” explained Morioka. The OTN’s programmability has also been tested in experiments designed to ensure that it is suitable to meet the needs of multicore fibre transmission in the networks of the future.

With SAFARI not set for deployment until the mid-2020s there is no immediate commercialisation planned for the technology. But thanks to this successful research project, the European and Japanese telecoms sectors will be ready when the time comes.