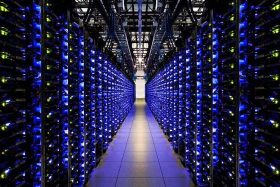 Technologies such as cloud computing have brought with them a storm of global data traffic, eating up large bandwidths demanded by applications such as video streams and online gaming. Studies show up to a 25-percent annual increase in data center interconnect applications, and this significantly high demand for data processing, computation and storage in data centers calls for increasingly high-speed optical transceivers to support growing data centers. Although 100G and 200G optical interconnects are widely used at present, 400G optical transceivers are expected to be a fundamental element in near future for both inter- and intra-Datacenter communications.

Low power future
Next-generation optical transceivers such as 400G, 800G or even 1.6T interconnects promise to use less power and be less expensive, smarter and smaller. To home in on how different designs of 400G transceivers would affect device cost and power consumption, and how these cost differences would eventually influence the cost of Datacenter networks, an international research team from Greece, Luxemburg and Spain have analyzed and compared the cost and power consumption of different 400G transceivers, and for the first time predicted each transceiver’s cost reduction trend over the next five years using a mathematical model.

The researchers further evaluated the cost and power consumption of constructing and upgrading the datacenter based on Facebook’s Fabric architecture using different transceiver-installation technologies, providing cost-effective and power-efficient connectivity solutions for different sizes of Datacenters. The team will present their techno-economic evaluation results at OFC 2018, 11-15 March, San Diego, California, USA.

‘Rapid 400G evolution’
“The 400G-transceiver market is one of the fastest evolving markets, and our study showed 400G transceivers provide more significant benefits compared to current generation transceivers in terms of cost and power consumption,” said Theodoros Rokkas, the primary author of the paper and a scientist working at Athens Information Technology, Greece in the framework of EU R&D project DIMENSION.

“We believe our analysis and evaluation can provide some insights and guidelines for device manufacturers and users regarding the best choice of 400G transceivers and the optimal transceiver-installation approach that can be applied in different Data Centers.”

To estimate the total cost of 400G devices, Rokkas and his colleagues broke the cost into three discrete parts: the cost of manufacturing the Photonic Engine — a system that uses photonic devices as the main component of an optical transceiver; the cost of purchasing the electronics, including digital signal processing (DSP) chips; and the cost for the optical and mechanical packaging of the transceiver module. They calculated the relative cost of several 400G transceivers based on the cost of a reference 100G transceiver. The total area of the chip, size of the wafer, number of devices, number of optical coupling connections and total achieved yield determined the difference in cost.

Similarly, to calculate the total power consumption of each of the transceivers, the researchers considered the power consumption of the three discrete parts separately. They also predicted the price evolution over the next five years using the extended learning curve model, a widely used mathematical function that estimates the future price of components used in telecommunication networks. According to Rokkas, the trend over time in device cost reduction is primarily due to technology maturity, and is predicted for the first time.

Five kinds of 400G
Rokkas said, “The five types of 400G transceivers we studied are all possible standard options that were examined by the IEEE P802.3bs technical group. The analysis revealed that 400G transceivers with a lower number of laser sources and higher Baud rate, i.e. data transmission rate, are superior than other transceiver types in terms of scaling, cost and power consumption. We expect this advantage to be more prevalent in the case of next generation transceivers (800G or 1.6T).”

The next step, according to Rokkas, is to compare different material platforms used for photonic integration of optical transceivers, such as indium phosphide and silicon photonics, and evaluate the influence on the device cost and power consumption.

To find out more about this presentation, other talks and the exhibition visit ofcconference.org