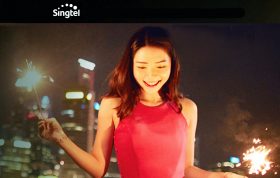 Singaporean communications operator Singtel and telecoms systems giant Ericsson have together achieved what they are calling “an Asia-Pacific first in wireless technology” by delivering a peak speed of 1.1 Gbps in a joint trial of a new configuration of the Licensed Assisted Access (LAA) technology.

Mark Chong, Singtel’s Group Chief Technology Officer, commented, “We are encouraged by this breakthrough in peak speeds. In Singapore, a large percentage of mobile traffic is generated indoors with more mobile customers browsing the web, streaming video and accessing cloud applications on the go. We are now in a position to deploy LAA technology to boost our LTE mobile capacity to meet increasing traffic demand. This will allow us to deliver a faster and more reliable mobile connectivity experience even during peak periods.”

‘Up to three times faster’
The 12-layered LAA configuration used in the trial will provide communications up to three times faster than prevailing peak LTE speeds, resulting in enhanced user experience, especially in high traffic indoor environments such as shopping malls. Following this successful trial, Singtel said it will now explore the feasibility to deploy the technology on its network.

Martin Wiktorin, Head for Ericsson Singapore, Brunei & the Philippines, commented, “Licensed Assisted Access took wireless technology to a whole new level, delivering the increased capacity and faster speeds that operators demand as they evolve their networks. This trial is a significant milestone in the use of LAA, pushing the limits of Gigabit LTE in a unique configuration of advanced technologies.”

This latest breakthrough extends the partnership of Singtel and Ericsson in 4.5G LTE and trialling 5G in Singapore. Earlier in 2017, high download speeds of up to 800Mbps were achieved on Singtel’s high-performance LTE network by deploying 256 QAM downlink, 4×4 MIMO and triple carrier aggregation techniques. In October 2017, the partners jointly established a 5G Centre of Excellence to facilitate 5G development in Singapore.
Singtel’s 4.5G LTE network offers Singapore’s fastest and widest mobile data speeds at 500Mbps nationwide.