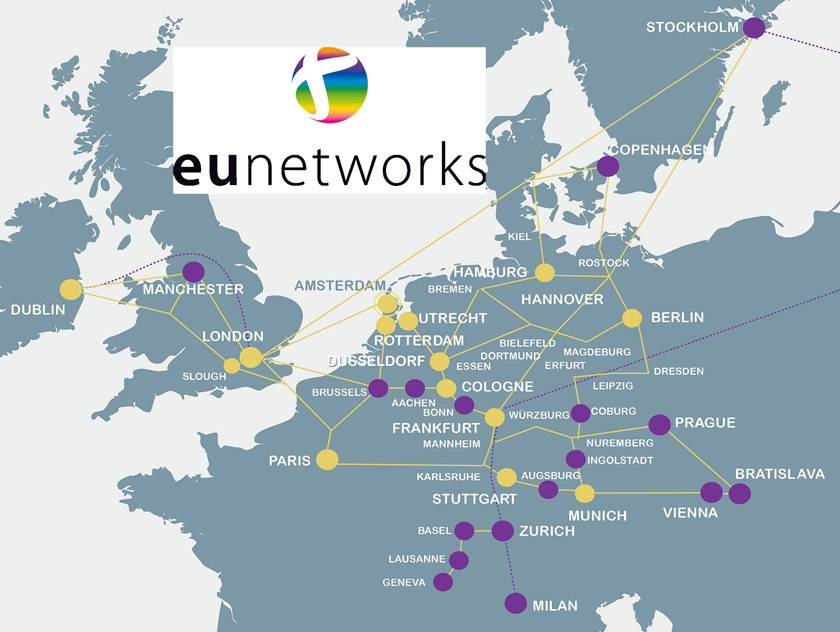 Pan-European optical networks provider euNetworks has been acquired by New York venture capital firm Stonepeak Infrastructure Partners, which plans to plough in $500m to build out the existing network.

EuNetworks, which is headquartered in the UK, is a bandwidth infrastructure company owning and operating 14 fibre-based metropolitan networks connected with a high capacity intercity backbone, covering 49 cities in 15 countries.

Brady Rafuse, chief executive officer of euNetworks, said: “I genuinely believe the combination of Stonepeak, Columbia [now an existing minority investor] and many of our previous investors coming together as the new euNetworks, represents a fantastic opportunity for our customers, our people, our partners and the communities in which we operate.”

Up to $500m investment
Brian McMullen, senior managing director of Stonepeak, said: “We’re absolutely committed to building further on the unique position of euNetworks and look forward to investing up to an additional $500m of equity capital to support the growth of the company.”

euNetworks offers a targeted portfolio of metropolitan and long haul services including dark fibre, wavelengths and Ethernet. The wholesale, finance, content, media, data centre and enterprise markets are served by the firm.

Last October, euNetworks signed a deal with US firm Cloudwirx – a procurement and systems integrator for data centre and bandwidth infrastructure services – to support Cloudwirx’s mainly US West Coast customers expanding their operations in Europe with efficient optical networking.

Also, last August, euNetworks made a further investment in Manchester, UK, building out a new high density fibre network covering over 40 route kilometres in the city. This followed initial expansion into Manchester’s MediaCityUK area, which supported euNetworks’ media customers’ bandwidth needs, as well as enabling a seamless network to London, Dublin and other parts of Europe