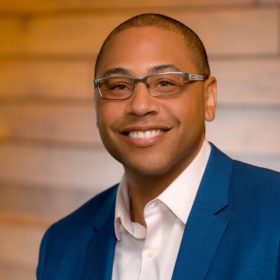 The system vendor has created software external to its switch, IP router and optical transport platforms that can centrally control the optical layer.

Juniper has also announced the TCX1000 ROADM product based on Lumentum’s white box ROADM design which it will offer as part of its optical product portfolio. The TCX1000 is a one-rack-unit, 20-degree ROADM that is colourless, directionless and flexgrid.

The open line system architecture, including the TCX1000, has been developed in response to the demands of the large-scale data centre players. It is also being pitched at telcos that want an optical line system and prefer to deal with a single vendor.

An open optical line system refers to line equipment and the network management system from a systems vendor such as Nokia, Infinera or Ciena that allows the attachment of independent terminal equipment. Disaggregating the management and control software from the optical line system and equipment appeals to the way the internet content providers architect and manage their large-scale data centres. This is what Juniper’s management and control proNX Optical Director platform enables, the second element of its open line system announcement.

Juniper believes its design is an industry first in how it separates the control plane from the optical hardware.

“We have taken the concept of disaggregation and software-defined networking to separate the control plane out of the hardware,” said Donyel Jones-Williams, director of product marketing management at Juniper Networks. “Our control plane is no longer tied to physical hardware.”

Disaggregated control benefits the optimisation of the open line system, and enables flexible updates without disrupting the service.

Most links between data centres are point-to-point networks yet despite that, the internet content providers are interested in ROADMs, says Juniper. What they want is to simplify network design using the ROADM’s colourless and flexible grid attributes. A directionless ROADM is only needed for complex hub sites that require flexibility in moving wavelengths through a mesh network.

The strategy of the large-scale data centre operators is to split the optical system between an open line system and purpose-built blades. The split allows them to upgrade to the best blades or pluggable optics while leaving the core untouched.

Juniper is already working with customers with its open line system as part of the development of its proNX software.

The branded ROADM and the proNX Optical Director will be generally available in the first quarter of 2018.