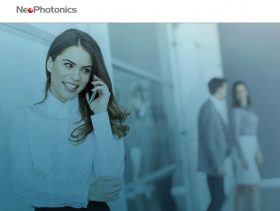 NeoPhotonics, a developer of optoelectronic solutions for the highest speed communications networks in telecom and datacenter applications, has just announced financial results for its third quarter, which ended September 30, 2017.

“We are focused on growth initiatives in telecom, data center and cloud markets, as well as operational execution to lower our breakeven level as China continues with steady though muted demand,” said Tim Jenks, Chairman and CEO.

“Growth drivers in our markets include metro deployments across the globe, China high speed build-outs in advance of 5G wireless, and data centers and big data applications that are embracing our higher speed technologies and leverage our core strengths.”

Neophotonics stated, “The non-GAAP outlook for the fourth quarter of 2017 excludes the impact of expected amortization of intangibles of approximately $0.3 million, the anticipated impact of stock-based compensation of $1.9 million, of which $0.3 million is estimated for cost of goods sold and $0.7 million for the expected impact of restructuring.”