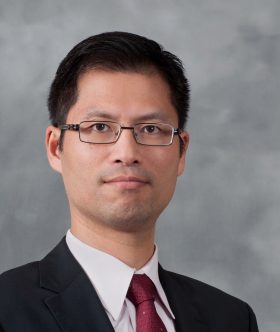 Finisar has developed a bi-directional 10-gigabit SFP+ module for the metro-access market. The tuneable DWDM module is designed to expand capacity at locations where fibre is scarce. Finisar demonstrated the module working at ECOC 2017.

According to Finisar, interest is growing in using DWDM optics for wireless, metro-access and cable networks that are undergoing upgrades. The interest in DWDM at the network edge is due to a need to use fibre resources more efficiently. “We are seeing that globally, more and more dark fibre is being used up,” said Leo Lin, director of product line management at Finisar.

LightCounting Market Research’s latest forecast estimates that the global wireless transceiver market for 10-gigabit WDM will be approximately $400 million in 2022.

The G.metro standard supports up to 40 DWDM wavelengths using a 100GHz wavelength grid. Tuneable transponders each at 10Gbit/s are used and have a reach of up to 20km without amplification. In contrast, NG-PON2 is a time and wavelength division multiplexing, passive optical network standard that adds a few dedicated point-to-point WDM links as an overlay to the PON.

Finisar describes its design as a dual-band bi-directional DWDM approach. Two carriers are placed within a single 100GHz channel – one an upstream wavelength, and the other a downstream one – while 40 channels are used across the C-band.

A tuneable filter within the module matches the channel to the remote module’s tuneable laser, and selects the particular band in a given channel, either the upstream or downstream band. The result is that one bi-directional module can be used for all 40 channels. “One single part number for the far end and the near end,” said Lin.