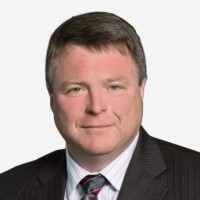 Oclaro has showcased its first module that uses Ciena’s WaveLogic Ai coherent digital signal processor. The 5×7-inch board-mounted module supports 400 gigabits on a single-wavelength and was showcased at ECOC.

Early samples of the WaveLogic Ai-based module are already being tested at several of Oclaro’s customers’ labs. “The really important timeframe is when we get towards the new year because then we will have beta samples,” said Adam Carter, the chief commercial officer at Oclaro.

Oclaro is one of three optical module makers, the others being Lumentum and NeoPhotonics, that signed an agreement with Ciena earlier this year to use the system vendor’s DSP technology and know-how to bring coherent modules to market. The benefit for Ciena is that its coherent DSP gets promoted to a wider market and in particular China, a market where Ciena’s platforms are not deployed.

The first coherent module is a Ciena design and Carter admits there isn’t going to be much differentiation between the three module-makers’ products.

“We have some of the key components that sit inside that module and the idea is, over time, we would design in the rest of the componentry that we make that isn’t already in there,” said Carter. “But it is still going to be the same spec between the three suppliers.”

With time, the scope for differentiation between the three module makers will grow. “It [the deal] gives us access to another DSP chip for potential future applications,” said Carter. Here, Oclaro will be the design authority, procuring the DSP chip for Ciena before adding its own optics.

“So, for example, for the [OIF’s] 400G ZR, we would ask Ciena to develop a chip to a certain spec and then put our optical sub-assemblies around it,” said Carter. “This is where we do believe we can differentiate.”