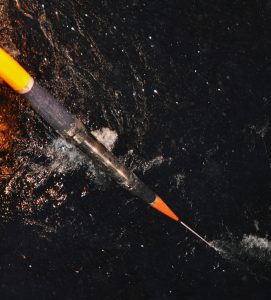 Subsea fibre optics solutions company Xtera has been awarded a US Department of Defense (DoD) contract to build a new regional submarine cable communication system in the Caribbean.  The contract was placed by the Defense Information Systems Agency (DISA), a DoD combat support agency that provides, operates, and assures command and control and information-sharing capabilities and a globally accessible enterprise information infrastructure for use by the military and related organisations.

According to Xtera the company is to deploy a full turnkey subsea system, including undersea optical repeaters, Nu-Wave Optima™ Submarine Line Terminal Equipment (SLTE), cable and all marine services.

Xtera is somewhat coy about revealing the route of the new cable system. However, the DoD website reveals that in August the DISA awarded Xtera a non-competitive, firm fixed price contract for the Guantánamo Bay to Puerto Rico Submarine Fiber Optic Cable System. The face value of that action was $36,540,732 over a two-year base period, with the total cumulative face value of the contract being $43,139,763. Performance will be between Guantánamo Bay, Cuba, and a US Government-operated landing site in Puerto Rico. The base period of performance is August 2017 through to August 2019, with five one-year options.

“Xtera is pleased to be awarded the contract to build a new submarine cable system for DISA,” said Robert Richardson, Founder and Chief Sales Officer, Xtera. “This award validates the effectiveness of our core submarine turnkey solution offering, utilising high-capacity subsea repeater technology, as well as the proficiency of our expert professional team.”

The new cable is the second to be built by Xtera for the DoD/DISA in this region. The first followed the award of a contract in May/June 2014 for the construction of a 1,500 km long system to serve users in the US Southern Command Area of Responsibility (USSOUTHCOM AOR). That 100G system was reported to have cost $31million-plus.