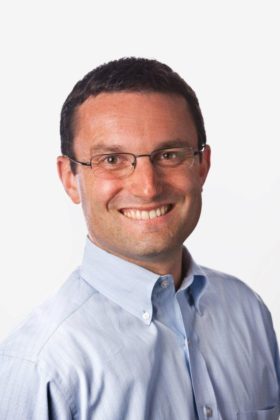 A new multi-source agreement (MSA) group was announced at the ECOC show to speed up the market introduction of 400-gigabit client-side optical interfaces. The CWDM8 MSA is described by its members as a pragmatic approach to provide 400-gigabit modules to coincide with the emergence of next-generation switches in 2018.

The CWDM8 MSA uses eight wavelengths separated using coarse wavelength-division multiplexing (CWDM). The scheme is being promoted as a low-cost alternative to the IEEE 803.3bs 400 Gigabit Ethernet Task Force’s 400-gigabit eight-wavelength specifications, and as a lower risk approach than the newly formed 100G Lambda MSA based on four 100-gigabit wavelengths.

“The 100G Lambda has merits and we are also part of that MSA,” said Robert Blum, director of strategic marketing and business development at Intel’s silicon photonics product division. “We just feel the time to get to 100-gigabit-per-lambda is really when you get to 800 Gigabit Ethernet.”

Intel is one of the 11 founding companies of the CWDM8 MSA.

The CWDM8 MSA will develop specifications for 2km and 10km links. And by using wavelengths spaced 20nm apart, no temperature control of the lasers will be required.

A key design aspect of the CWDM8 MSA is that it does not use 4-level pulse-amplitude modulation (PAM-4). Instead, 50-gigabit non-return-to-zero (NRZ) signalling is used for each of the eight wavelengths. The MSA will use the standard CDAUI-8 8×50-gigabit PAM-4 electrical interface. Accordingly, a retimer chip will be required inside the module to translate the input 50-gigabit PAM electrical signal to 50-gigabit NRZ. Several companies are developing such a chip, said Blum.

Customers are telling Intel that they need 400-gigabit duplex-fibre optical modules early next year and that they want to have them in production by the end of 2018.