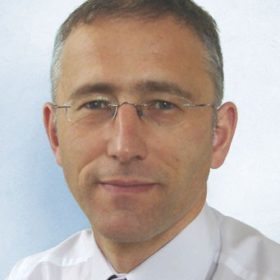 The industry knows what the next-generation 400-gigabit client-side interfaces will look like but uncertainty remains regarding what form factors to use.

So says Simon Stanley, analyst-at-large at Heavy Reading and principal consultant at Earlswood Marketing, and author of the report: From 25/100G to 400/600G: A Competitive analysis of Optical Modules and Components. Implementing the desired 400-gigabit module designs is also technically challenging, which could present a market opportunity for 200-gigabit modules should any slip occur at 400 gigabits.

For 400 gigabits, the first CFP8 modules are now available: the 2km-reach 400Gbase-FR8 and the 10km 400Gbase-LR8; this are eight-wavelength standards defined by the IEEE 802.3bs 400 Gigabit Ethernet Task Force. But for the data centre, industry interest is centred on two emerging modules: the QSFP-DD that supports double the electrical signal lanes and double the signal rates of the QSFP28, and the octal small form factor pluggable (OSFP) module.

“There is significant investment going into the QSFP-DD and OSFP modules,” said Stanley. The OSFP is a fresh design, has a larger power envelope – of the order of 15W compared to the 12W of the QSFP-DD – and has a roadmap that supports 800-gigabit data rates. In contrast, the QSFP-DD is backwards compatible with the QSFP and that has significant advantages.

“Developers of semiconductors and modules are hedging their bets which means they have got to develop for the QSFP-DD, so that is where the bulk of the development work is going,” said Stanley. “But you can put the same electronics and optics in an OSFP.”

The big challenge for 400 gigabits is getting 100-gigabit-per-wavelength components cost effectively. This requires optical components that will work at 50 gigabaud coupled with 4-level pulse-amplitude modulation (PAM-4) that encodes two bits per symbol. There is the IEEE 400Gbase-DR4 standard that supports four individual fibres each carrying a 100Gbit/s signal. Other coarse WDM four-wavelength standards under development include the -FR4.

The first 200-gigabit modules using the QSFP56 form factor are sampling now. Meanwhile the first 400-gigabit QSFP-DD and OSFP client-side modules are expected in a year’s time with volumes starting at the end of 2018 and into 2019.