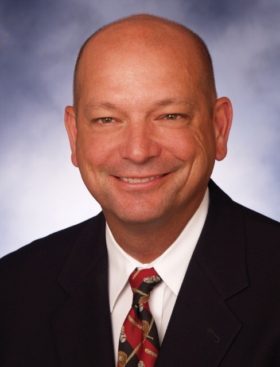 An industry initiative has kicked off to quadruple the data rate the SFP, the smallest pluggable optical module transceiver, can support. The Small Form Factor Pluggable – Double Density (SFP-DD) multi-source agreement (MSA) will support 100 gigabits by doubling the SFP’s electrical lanes from one to two and doubling their speed.

The form factor specification, to be completed in 2018, will be rated at 3.5W; the same power envelope as the current 100-gigabit QSFP, even though the SFP-DD is expected to be 2.5x smaller. Up to 96 SFP-DDs will fit on the front panel of a 1-rack-unit box, a total capacity of 9.6 terabits.

The SFP-DD is adopting a similar philosophy as that being used for the 400-gigabit QSFP-DD MSA: an SFP-DD port will support legacy SFPs modules – the 25-gigabit SFP28 and 10-gigabit SFP – just as the QSFP-DD will be backward compatible with existing QSFP modules. “Time and time again we have heard with the QSFP-DD that plugging in legacy modules is a key benefit of that technology,” said Scott Sommers, group product manager at Molex and the chair of the new SFP-DD MSA. Sommers is also a co-chair of the QSFP-DD MSA.

The main interest in the SFP-DD is for server to top-of-rack switch connections. The SFP-DD will support one or two lanes of 28Gbit/s or of 56Gbit/s using 4-level pulse-amplitude modulation (PAM-4).

The SFP-DD MSA is already developing a preliminary hardware release that will be published in the coming months. The release will define the single port surface mount connector, the cage surrounding it and the module’s dimensions.

Achieving a mechanically robust design – meeting the 3.5W as well as the signal integrity given the two lanes of 56Gbps – is a challenge. The signal integrity advances achieved with the QSFP-DD work will be adopted for the SFP-DD. “That is why we don’t think it is going to take as long as the QSFP-DD,” said Sommers.