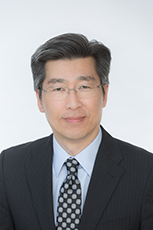 According to a recently published report from Dell’Oro Group, disaggregated WDM systems are hitting a sweet spot for Data Centre Interconnect (DCI). “Disaggregation isn’t a new concept, but the strong adoption is,” according to Jimmy Yu, Vice President at Dell’Oro Group. “We estimate that in 2Q17, disaggregated WDM systems reached an annualised run rate of $400 million, growing 225% year-over-year.”

Dell’Oro found that in most – if not all – purchases, the new systems were being employed in DCI across both metro and long haul spans. Based on second quarter results, disaggregated WDM systems represented nearly one-third of optical DCI equipment purchases. In this second quarter of 2017, three manufacturers – Ciena, Cisco, and Infinera -captured the bulk of the disaggregated WDM systems market with a combined 85% share.

Other Dell’Oro findings include:

“So far, the largest consumers have been Internet content providers that appreciate the platform for its simplicity, capacity, and power savings,” observes Yu.