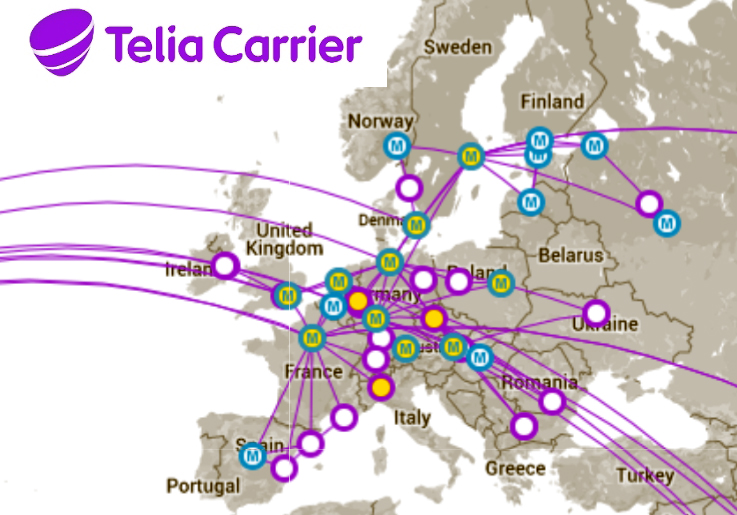 Telia Carrier has launched two new PoPs in the Portland, Or, US, area, bringing improved diversity and high speed connectivity to service, content and cloud providers in the Pacific Northwest. Telia’s new locations include Hillsboro, a key connection point for sea cable landings coming from the west as well as international traffic from Asia.

The company’s expansion to the Portland area gives OTT providers, hyperscale cloud networks and carriers the ability to directly connect in market rather than backhauling traffic to other regions, which adds latency.

The Portland metropolitan area – or “Silicon Forest” as it is commonly referred to – has become a hub for carriers and content providers as well as regional education and city networks connecting to greater Portland and Eastern Oregon.

Tax incentives and green power sources have driven significant growth in the last two years. Large-scale data centre construction in the region is accelerating due to terabit traffic demands and an abundance of sustainable, low cost hydro-power.

Diversity
As a new market entrant, Telia Carrier’s two PoPs in the region provide novel network routing. The Hillsboro location is designed with long haul routes that establish diversity from downtown Portland, where many of the legacy carrier facilities are located. Careful selection of the routing at river crossings ensures additional reliability.

“With continued investment in large-scale data centres and as new sea cable landings come online next year to support traffic demand from the Asia Pacific region, Hillsboro is a prime location for us to introduce new PoPs,” said Art Kazmierczak, Telia Carrier’s director of business and network development.

”By expanding to Portland, we continue to deliver best-in-class IP transit performance for education and broadband customers with minimal network hops, high resilience and inherent route diversity. These capabilities ensure our customers get the best possible connectivity and ultimately, they enhance the online experience for end users.”

Telia Carrier’s rapid growth and ascension through the rankings was highlighted in Dyn’s ‘Baker’s Dozen’ report. The company enables worldwide connectivity by connecting more than 220 Points of Presence (PoPs) across Europe, North America, Asia, and the Middle East including over 70 PoPs in North America alone.