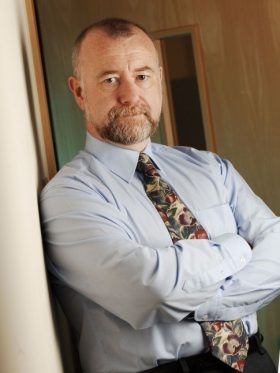 Infinera has unveiled its first metro product upgrades since it acquired Transmode in 2015.

The latest XTM II products are eight times denser in terms of transmission capacity while setting a new power-consumption low of 20W-27W per 100 gigabits, depending on the operating temperature. Infinera claims its nearest metro equipment competitor achieves 47W per 100 gigabits.

The power-efficient design is achieved using a distributed switch architecture instead of a central switch fabric and using the CFP2-DCO pluggable module with its low-power coherent DSP.

Infinera has already been shipping upgraded XTM chassis for the last 18 months in advance of the launch of its latest metro cards. The upgraded chassis – the one rack unit (1RU) TM-102/II, the 3RU TM-301/II and the 11RU TM-3000/II – feature enhanced power management and cooling.

What Infinera is unveiling now are three cards for the enhanced chassis. The new cards will work with the older generation XTM chassis (without the ‘II’ suffix) as long as a vacant card slot is available and the chassis’ total power supply is not exceeded. This is important given Infinera’s claim that over 30,000 XTM chassis are already deployed.

The Infinera cards announced are the 400-flexponder, a 200-gigabit muxponder, and the EMXP440 packet-optical transport switch.

The double-width 200G muxponder card includes all the electronics needed for multi-service multiplexing. The line-side optics is a single CFP2-DCO whereas the client side can accommodate two QSFP28s and 12 SFP+ 10-gigabit modules.

The two-slot EMXP440 packet-optical transport switch card supports layer-two functionality such as Carrier Ethernet 2.0 and MPLS-TP. “Mobile backhaul and residential broadband, these are the cards the operators tend to use,” says Geoff Bennett, director, solutions and technology at Infinera.

Infinera says the 400-gigabit flexponder card will be available in the next quarter while the 200-gigabit muxponder and the EMXP440 cards will ship in the final quarter of 2017.