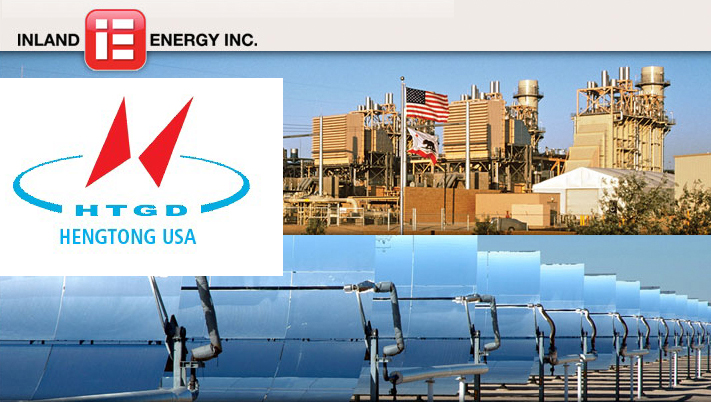 The formation of Hengtong USA, LLC, an US-based optical cable sales and technical support company, was announced at the Optical Networking and Communication Conference & Exhibition in Los Angeles (OFC) 2017, based on a collaboration between Hengtong Cable Group of China and Inland Energy of California.

Hengtong Cable Group, based in Suzhou, China (near Shanghai) is one of the largest and most successful manufacturers of optical and electric power cable in the world; it currently operates in 120 countries and has more than 13,000 employees worldwide.

Optical fibre
On the FOC side, Hengtong manufactures its own glass from pre-forms and its communication fibre optic cable products meet the requirements of European ROHS directive and its FOC products are currently used by British Telcom, China Telecom, Telmex and other major communication operators, as well as virtually every area of specialised communication networks, including aerospace, power, radio and television, national defense, and marine engineering.

Inland Energy, located in Newport Beach, CA, for more than 28 years, is a developer of major power plants of all kinds – solar, wind, waste-to-energy as well as natural gas and waste coal. Inland’s key people have been involved in financing and permitting power generation facilities in more than a dozen states and several countries. The 830 MW High Desert Power Plant in Victorville, CA, is one of Inland’s most prominent successes. All of these projects have involved significant transmission line and fibre optic communication cable components.

The newly-announced Hengtong USA, LLC, has developed an ambitious sales program in the US for its fibre optic and power cables. All Hengtong USA products are designed and built to US standards, and tested by US agencies. Initially, production will be provided through Hengtong’s international facilities to capitalise upon manufacturing and cost efficiencies.

Hengtong USA is now ramping up its American sales force and establishing its US distribution and service facilities. . Hengtong’s power cables are currently undergoing extensive testing at the NEETRAC facilities located at Georgia Tech in Atlanta and its FOC products are similarly completing testing at Experior Labs in Oxnard, CA, as well as Underwriter’s laboratories.