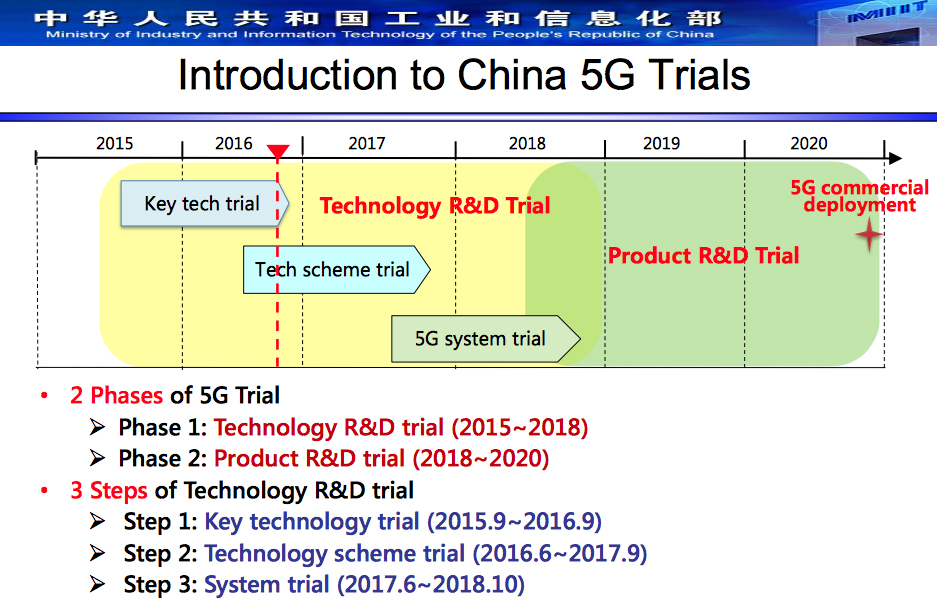 Phase II of 5G Technology R&D Trial started in the second half of 2016 and is focused on the verification and validation of wireless air interface and networking technologies used in the four major 5G scenarios: 1) continuous broad coverage, 2) hot spot high capacity, 3) URLLC, and 4) massive connections. The tests have already started and are scheduled to be completed by the end of 2017.

Keysight supports the work of the China IMT2020 (5G) Promotion Group and actively participates in the discussion and development of test specifications. In the Phase II Testing Plan, scheduled for this year, Keysight Technologies will participate in the RF and functional test items in the seven major test scenarios. These include numerology, frame structure, new waveform, coding schemes, such as Polar Code, and LDPC.