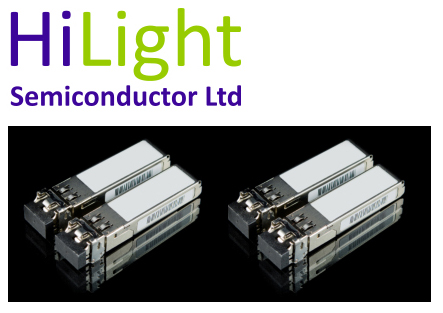 HiLight Semiconductor, based at the Southampton University Science Park, UK, has announced the completion of its third round of Venture Capital funding, following seed investment by Oyster Capital in 2013 and Series A funding led by Atlantic Bridge Capital in May 2015. The company also has offices in Bristol, UK, China, Taiwan and Japan.

The Series B funding is again led by Atlantic Bridge, with follow-on investments by Oyster Capital and Gary Steele, Executive Chairman. The round, totalling $6.1m also had participation from a new strategic investor.

HiLight says it plans to use the new funds to further expand its IC design, support and evaluation teams, its laboratory facilities in Southampton, as well as create a new Laboratory alongside the new larger design offices in Bristol.

Gary Steele, HiLight Executive Chairman, commented, “We believe our new investors have been encouraged by our three-fold year-on-year sales growth this year and our ability to overcome the inherent technical challenges in using low-cost digital CMOS technologies in high-speed analogue and mixed-signal products. Furthermore, Atlantic Bridge’s senior executive contacts, in particular in the US and China, will add value to HiLight over the coming few years.”

Brian Long, Managing Partner at Atlantic Bridge and Board Director at HiLight, added, “The markets addressed by HiLight – internet access, computer networking, datacentres and cellular infrastructure all have substantial growth ahead of them. HiLight’s solutions combining innovative, patented technology, on proven low-cost platforms looks set to continue to grow strongly both in terms of market share, and revenues”.

He added, “In 2017, HiLight will release several further 10 and 100Gbps communications products that demonstrate leadership in terms of Sensitivity, Power Consumption and Integration, and will appeal to a wide range of customers in North America, Greater China and Japan.”

HiLight Semiconductor is a VC-backed, fabless chip company, founded in 2012 by veterans of several previous start-ups. Specialising in deep sub-micron CMOS; the company designs and supplies the world’s highest-performance PMD and PHY ICs for high speed fibre-optics based communications and networking applications. The company has sold 30 million ICs.