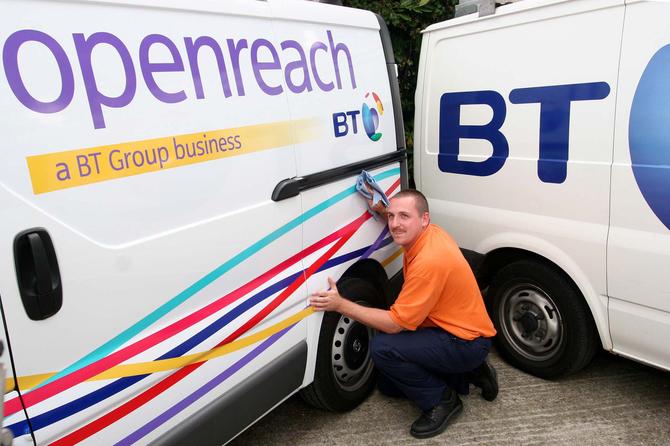 * Openreach to be a legally separate company within BT with its own Board
* Around 32,000 employees to transfer once pension arrangements are in place
* Openreach Limited to have its own brand without the BT logo

BT and Ofcom have reached agreement on a long-term regulatory settlement that will see Openreach become a distinct, legally separate company with its own Board, within the BT Group. The agreement is based upon voluntary commitments submitted by BT that the regulator has said meet its competition concerns.

Once the agreement is implemented: around 32,000 employees will transfer to the new Openreach following TUPE consultation (transfer of employment legislation), and once pension arrangements are in place; Openreach will have its own branding, which will not feature the BT logo; and the Openreach CEO will report to the Openreach Chairman with accountability to the BT Group Chief Executive with regards to certain legal and fiduciary duties that are consistent with BT’s responsibilities as a listed company.

‘Greater independence for Openreach’
The March 2017 statement from BT, said, “Openreach, which builds and maintains the tens of millions of copper and fibre lines that run from telephone exchanges to homes and businesses across the UK, will assume greater independence under its own Board of Directors.”

Gavin Patterson, BT Chief Executive, said, “I believe this agreement will serve the long-term interests of millions of UK households, businesses and service providers that rely on our infrastructure. It will also end a period of uncertainty for our people and support further investment in the UK’s digital infrastructure.”

The agreement, when in place, will provide BT and other companies with greater regulatory clarity and certainty which is vital for investment. This will help the UK retain its position as the leading digital economy in the G20 by share of GDP, with the largest superfast network among major European nations.

The agreement builds on changes that BT has already made to the governance of Openreach in recent months. These include the creation of an Openreach Board with a majority of independent members.

This Board will set Openreach’s medium term and annual operating plans and determine which technologies are deployed, within a strategic and financial framework defined by BT. Openreach will be free to explore alternative co-investment models in private with third parties.

The Openreach CEO will report into the Openreach Chairman, with accountability to the BT Group Chief Executive with regards to certain legal and fiduciary duties that are consistent with BT’s responsibilities as a listed company.