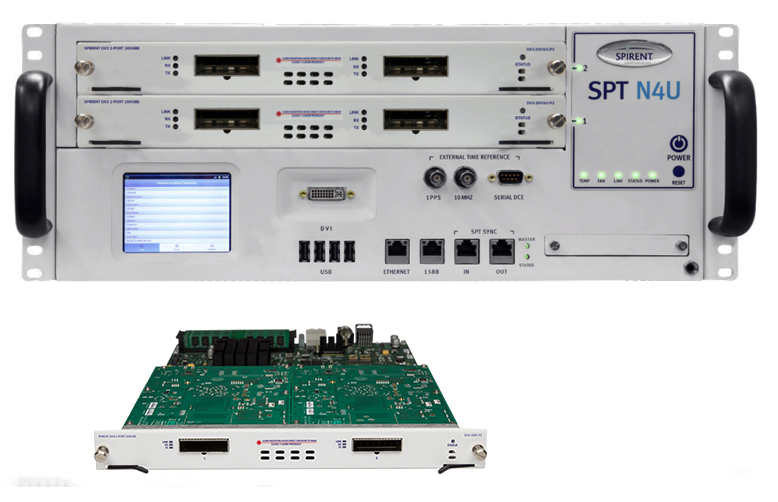 Spirent Communications, a developer of optical test and measurement systems, has announced the world’s first 200G Ethernet Test System. This additional Ethernet speed is enabled by new 50G electrical interfaces, which allow the deployment of cost-effective 50G links from high performance servers to a new generation of switches and routers. Within these devices, 50G interfaces can easily be combined to build higher speed connections to other systems within the data centre or out to the cloud.

According to the IEEE, 200G will be the next area for explosive growth in the Ethernet ecosystem due to the insatiable demand for more bandwidth in mobile devices, high-speed data centre servers, internet-enabled entertainment (especially video), Cloud computing and social media.

‘Sweet spot’
“Traditionally, combining four electrical interface lanes has been the sweet spot, both technically and economically, for Ethernet technologies” stated Neil Holmquist, VP, Marketing Cloud and IP at Spirent. “So just as the use of four 25G lanes has been embraced for 100GbE, it is our belief that the use of four 50G lanes will be widely adopted for 200GbE.”

This new generation of switches and routers, based on 50G electrical interfaces, will present additional challenges for equipment vendors and those who deploy their equipment. It will start with ensuring the integrity and stability of the physical link as the traffic scales up to 200Gbps, then will require the validation of a new set of features, functions, performance and scale.

“We have a long history of helping our customers get to market faster with the development of generation after generation of Spirent Ethernet testing technologies and we continue to do so with this first-to-market 200G release, as we did with our award-winning 400G solution released back in 2015.”

This new 200G release is back-compatible with Spirent’s existing chassis and its other Ethernet products.