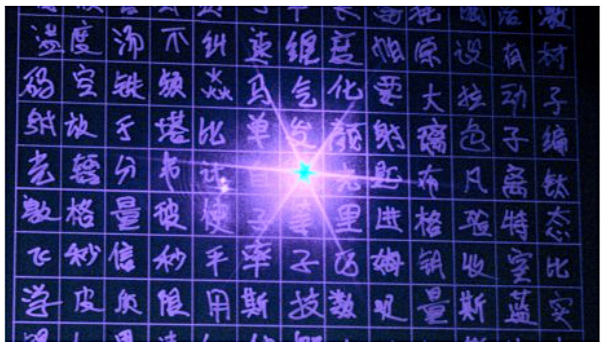 Researchers at the University of Twente’s MESA+ Research Institute have transmitted more than 10 bits of information using a single photon. They achieved this using an ingenious method for detecting individual photons. They say that the knowledge gained from this study can be used to improve the security and speed of quantum communication.

The research results were published in the scientific journal Optics Express.

Prof. Pepijn Pinkse, one of the researchers involved, explains how the system works. “You can compare it to shining a laser pointer onto letters mounted on a groove board. The illuminated letter is the information contained in the laser pointer’s light. The number of letters on the groove board determines the amount of information you can transmit with the light.”

The main difference is that Prof. Pinkse and his team created an alphabet of 9072 characters, and they – unlike the laser pointer in the analogy above – transmitted the information with a single photon. That was the key challenge in this study: single photon detection. This is because noise (random photons) can impede measurement. The researchers devised a clever ruse to eliminate any noise. They exploited the fact that individual blue photons can split into exactly two red photons.

The researchers arranged for the first photon to send a signal to the detector (which is comparable to a digital camera), which then opened up very briefly. Using a mirror, the second photon was directed at the desired letter of the specially created alphabet. However, they forced this photon to make a slight detour, so that it arrived at the target letter at exactly the same time as the detector opened up. That was the only instant at which photons were able to pass into the detector. In this way, the researchers were able to eliminate noise.

Prof. Pinkse, who originally made his name by developing an unhackable credit card, says that the main objective of this study is to raise quantum communications to a higher level. “The more information you can transmit with photon, the more secure and the faster you can make quantum communication.”

The study was partly funded by the European Union and the Foundation for Fundamental Research on Matter (FOM).