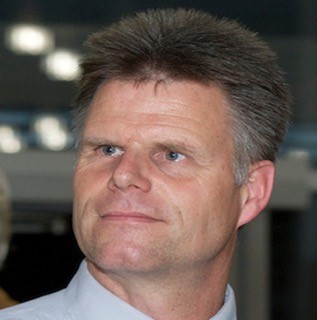 Dubbed Dimension (Directly Modulated Lasers on Silicon), the silicon photonics project is part of the European Commission’s Horizon 2020 research and innovation programme. The project’s goal is to develop manufacturing processes that will enable the integration of photonics, including the laser, and electronics on one chip.

“By fully integrating the laser on the chip, we massively reduce the cost and create additional functionality,” said Bert Offrein, principal research staff member and manager of neuromorphic devices and systems at IBM Research, a participant in the Dimension project.

The on-chip laser is made by first bonding a thin layer of indium phosphide. “It is structured in such a way that it [the III-V material] can be embedded completely in the whole CMOS processing,” said Offrein. All the processes needed to pump the laser electrically are now in place and the goal is to build complete laser structures by March 2017.

A second design is a coherent transmitter for such applications as data centre interconnect, compromising a monolithically integrated narrow-linewidth tunable laser, modulator and driver.

The third, final demonstrator is a directly-modulated 25-gigabit laser using indium phosphide grown directly on the silicon and is more exploratory. “We want to show there is a path forward on this III-V-on-silicon technology to reduce the cost further,” said Offrein.

Dimension is a four-year project ending in early 2020. Other participants besides IBM Research include ADVA Optical Networking, Opticap, the Innovations for High Performance Microelectronics (IHP) research institute, and the Athens Information Technology (AIT) research centre. The Dresden University of Technology is overseeing the project.