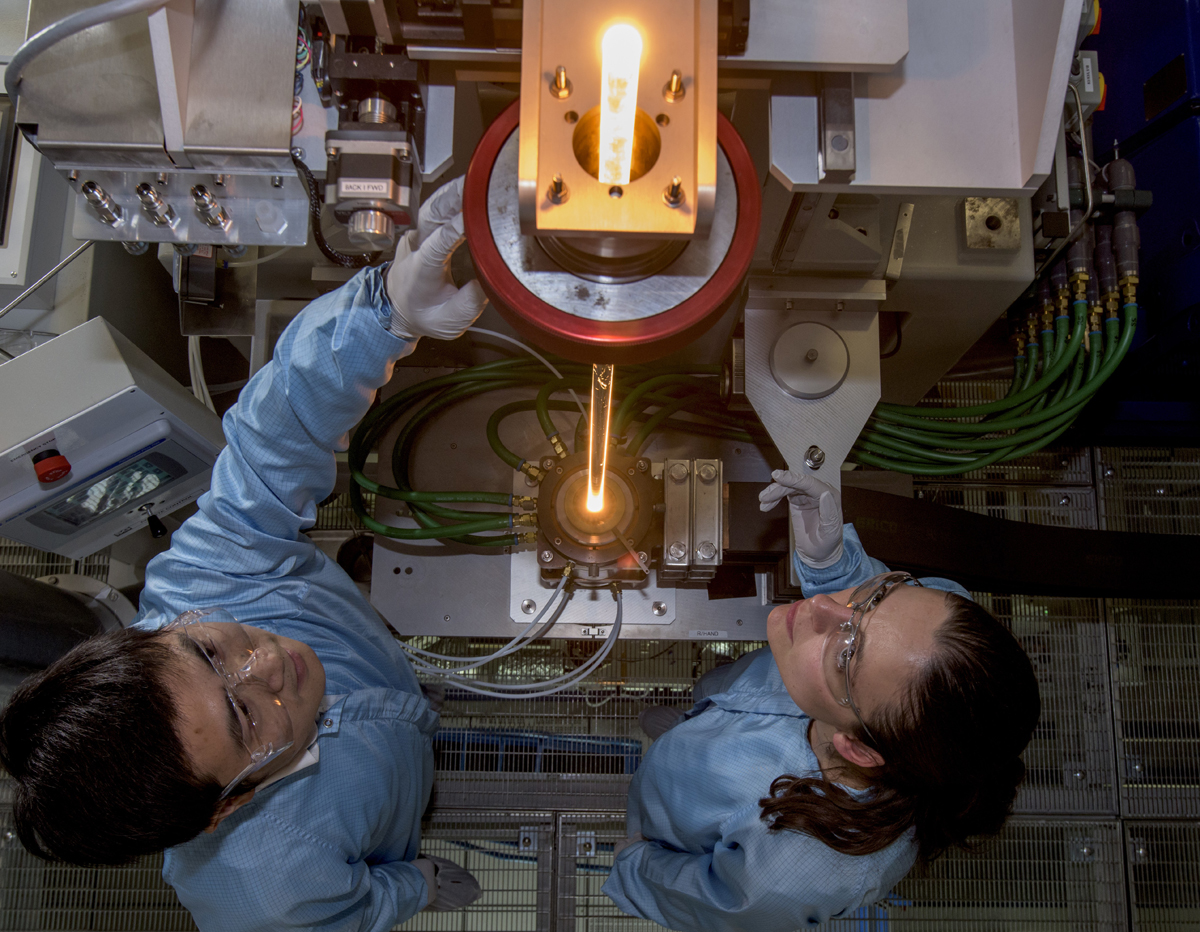 Professor Francesco Poletti from the Optoelectronics Research Centre (ORC) at the University of Southampton, UK, has won an ERC Award from the EU of €2.75 million to support his specialised optical fibre development “LightPipe” project over the next five years.

The European Research Council Consolidator Grant has been awarded to support Francesco’s proposal to develop what the group is calling “revolutionary new optical fibres” – which could lead to trans-Atlantic repeaterless links. The grants are designed to support researchers at the stage where they are consolidating their own independent research team and programme.

Francesco explained why the award will help his LightPipe project advance a new technological step. “The funding will help my research find transformative ways of increasing the information capacity and power delivery capability of optical fibres. This project aims to develop radically new optical fibres that can keep up with the relentless growth in global data traffic and in laser output power, which roughly doubles every two years,” he said.

“In many applications fibres are already being operated very close to fundamental physical limits of the glass that forms their core, limiting data capacity or optical intensity that can be transmitted through them. The LightPipe project will address these global challenges by replacing the glass core with an air filled one, purposely surrounded by thin glass membranes to enhance the light guidance properties and form what is arguably the ‘ultimate’ hollow core optical fibre.”

The Lightpipe project targets an increase in data capacity and power handling some 10 times that achieved by current state-of-the-art technology, and a reduction in transmission loss by a factor of five. The outcomes of this project have the potential to revolutionise telecommunications 45 years after the development of ultra-low loss glass optical fibres, producing a step-change in many industrial and scientific high power laser delivery applications.

Professor Dave Richardson, Deputy Director at Southampton’s Optoelectronics Research Centre said, “Congratulations to Francesco. He has proven to be a worthy recipient of the ERC Consolidator Grant, as he takes his place among the next generation of research leaders in Europe.”