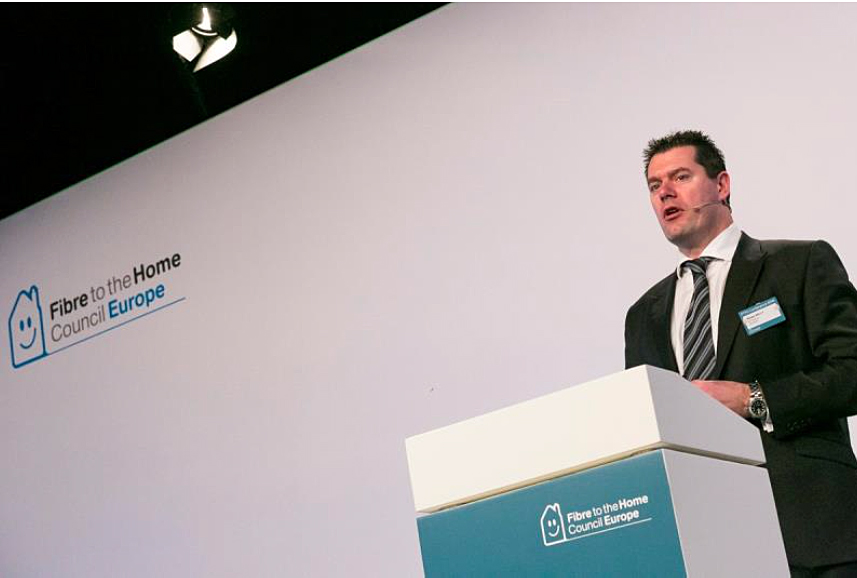 Ronan Kelly has been appointed as the new President of the FTTH Council Europe, becoming the eighth person to hold this position since the organisation was founded in 2005. He replaces outgoing President Edgar Aker, who occupied this position for the past year and came to the end of his term.

In addition to his new position as President of the FTTH Council Europe, Ronan Kelly is also CTO, EMEA & APAC Regions at Adtran.

“It is a great honour to have been chosen as the new President of the FTTH Council Europe. A lot has happened in the past year during Edgar Aker’s presidency” commented Ronan Kelly. “The FTTH market has matured and European decision-makers have shown a more “business-friendly” approach to broadband policies. In continuity with last year’s strategy and working plan, we need to ensure that the call for accelerated fibre deployment is heard by all the broadband stakeholders who can make a change in Europe, with a special focus on operators for the year 2016.”

The FTTH Council Europe has set the following main objectives for the 2016-2017 period: motivate activists and stakeholders to support FTTH rollout and adoption; educate decision makers to understand the need for FTTH and its socio-economic benefits; convince operators and project leaders to deploy fibre networks; and urge stakeholders to create a fibre-friendly environment

The FTTH Council Europe is an industry organisation with a mission to accelerate the availability of fibre-based, ultra-high-speed access networks to consumers and businesses. The Council promotes this technology because it will deliver a flow of new services that enhance the quality of life, contribute to a better environment and increase economic competitiveness. The FTTH Council Europe consists of 150 member companies.